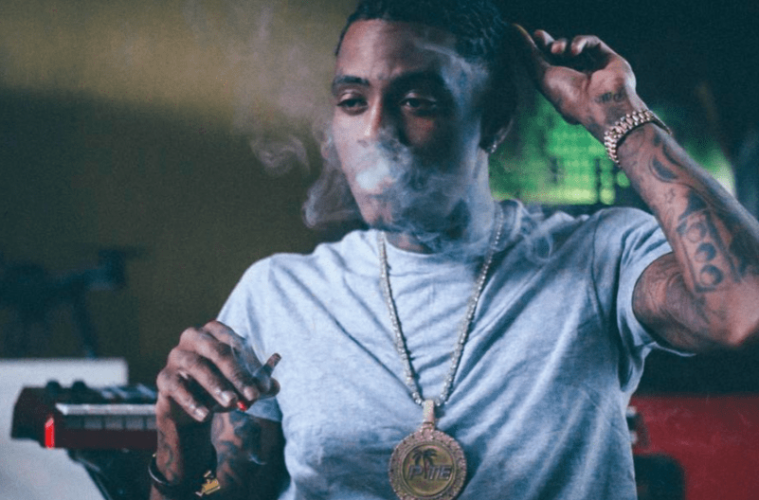 Atlanta rapper Soulja Boy has no doubt he’s going to emerge victorious when his bout with Chris Brown goes down. The hip-hop artist has fueled the Internet with some more trolling in their e-beef.

SB went to Instagram Sunday (January 8) with a cartoon pic of Chris Breezy knocked out in-ring. 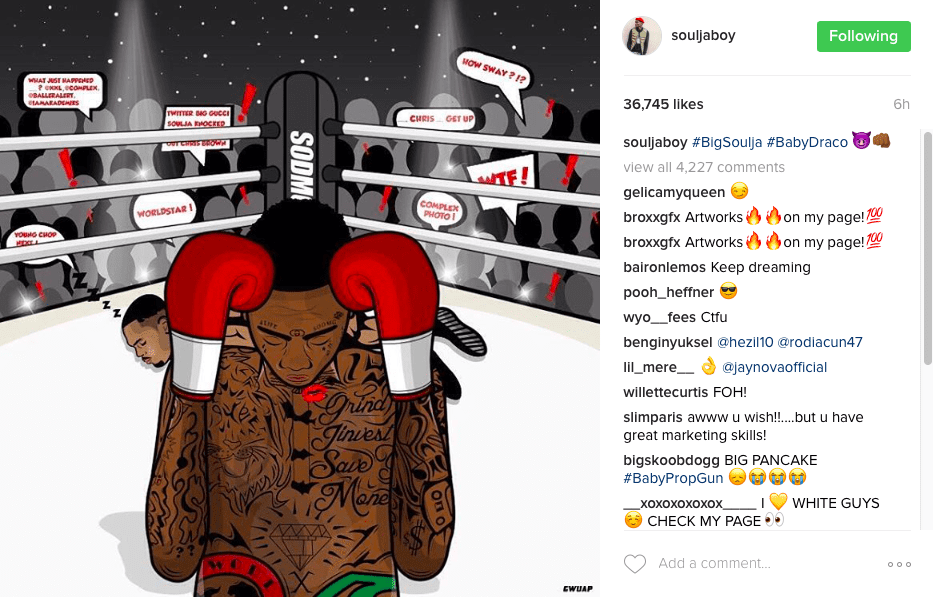 Earlier in the week, Brown went to Instagram and threw some shade at Soulja Boy. 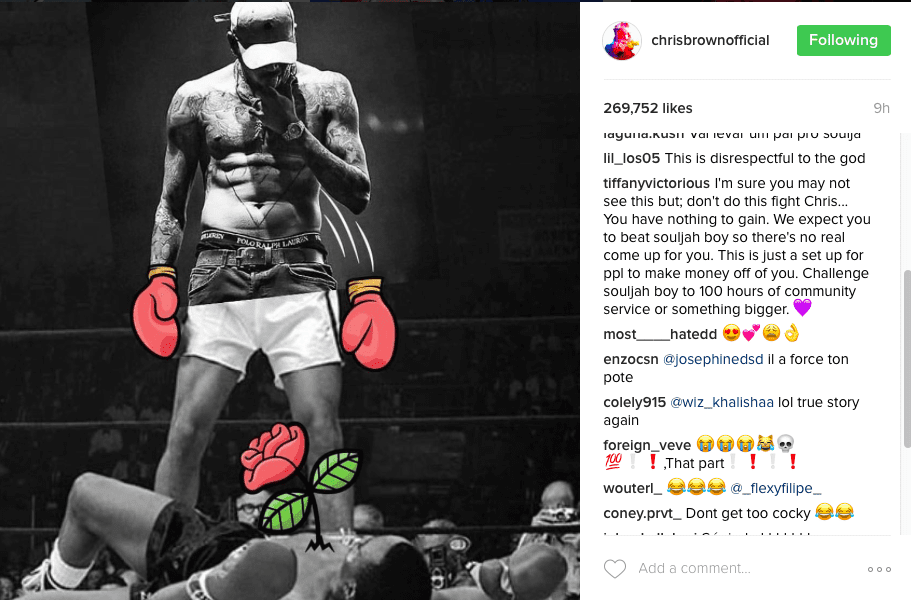 A few days ago, Brown warned SB about bringing his daughter Royalty into their dispute.