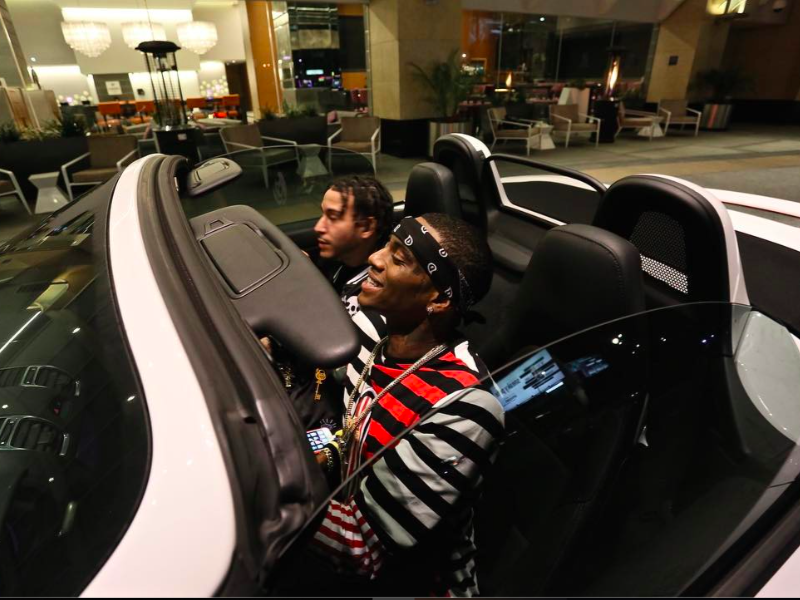 Atlanta rapper Soulja Boy is confident af about his selling power. The hip-hop artist went to social media this past weekend to announce a sold-out national tour.

Soulja’s publicist has come forward to call those claims totally false. In an e-mail to XXL, the rapper’s representative says DeAndre is not contractually obligated to the property in question. “The property mentioned in the article was leased by Soulja Boy’s business partner, businessman and up-coming recording artist Possible Philly,” the statement reads. “Soulja Boy has nothing to do with the rental agreement and subsequently his name should not have been included in any accounts related to the property.” (XXL Mag)

Reports surfaced last week about Soulja owing a grip of money on a Hollywood Hills home.

Soulja leased a pad in the Hollywood Hills 3 months ago for $6k a month. His landlord tells us he’s already $6k behind and counting. The landlord says when he demands rent he gets blown off. Since he moved in, the house has been a target for trouble. Cops arrested him there last month after he violated his probation … and earlier this week the place was burglarized. The landlord tells us he’s had it with Soulja, and if he doesn’t pay up by week’s end, the legal guns come out. (TMZ)