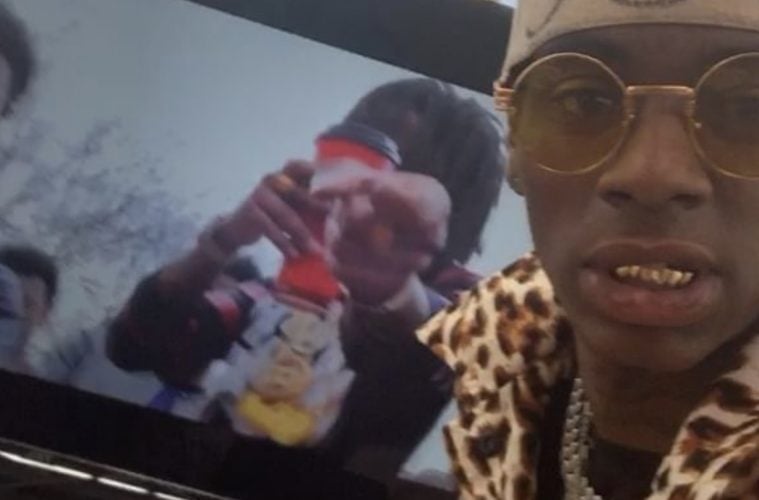 Atlanta rapper Soulja Boy is really head over heels for Tiona Fernan. The hip-hop star has reminded fans just how much he cares about the online model.

SB went to Instagram Wednesday with a shot of himself donning a shirt with her on it.

Earlier in the day, Soulja’s former flame Blac Chyna trolled him about a headphones deal following a recent split.

The petty level is at an all-time high but we're not complaining! lol @BLACCHYNA @souljaboy #SOHHNews pic.twitter.com/BieO6i6uRl

Over the past few months, Soulja and Chyna have publicly flexed their TUNES business ties.

Last week, Blac Chyna’s team claimed Soulja Boy tried to do the most to get with her and then blew it especially with a sex-shaming tweet.

Sources close to Blac Chyna tell TMZ … Soulja Boy’s an immature, thirsty clout chaser who was begging to get with her, and she’s glad their relationship is dunzo!!! We’re told BC’s anger stems from SB’s response to TMZ breaking the news of their split. Our Chyna sources say she’s happy Soulja Boy’s out of her life because the tweet showed his true colors. We’re told she felt his reaction was the lowest of the low, and utterly ridiculous. (TMZ)