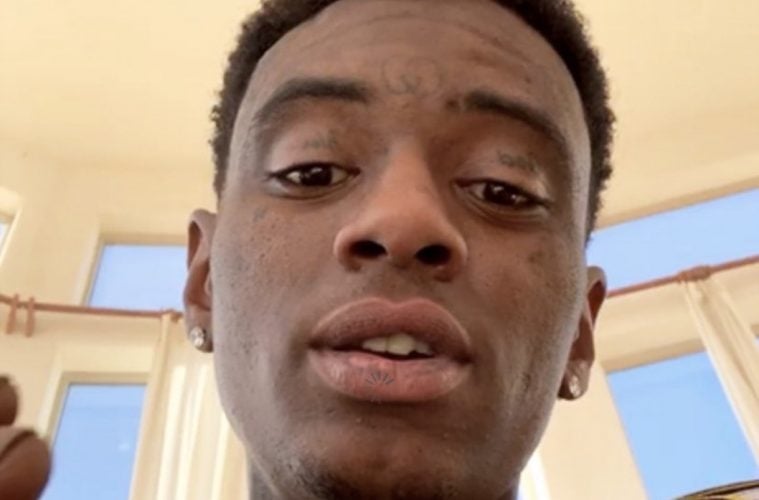 Atlanta rapper Soulja Boy is coming to the rescue. The self-proclaimed comeback rap king of 2018 has announced a solution for everyone suffering from the sudden global Facebook and Instagram outages.

SB went to Twitter Wednesday to encourage followers to join his own social media app.

Oh wow the entire Facebook is down? That’s it I’m going to make a new social media network right now! This is unacceptable y’all have too much money for this smh 🤦🏾‍♂️

According to reports, the online issues started around noon Eastern time and have impacted all countries.

As with nearly every Facebook outage, users headed to Twitter with the hashtag #facebookdown quickly becoming the top trending topic in the United States. Downdetector.com, which monitors websites, showed the company experiencing issues across a large portion of the U.S. and Europe in addition to reported problems in parts of South America, Asia and Australia. (USA Today)

Down Detector seems to show Facebook issues all over the world, particularly in U.S. and Western Europe. #facebookdown https://t.co/EsbvrT2tcd pic.twitter.com/frb1KGCO10

We're focused on working to resolve the issue as soon as possible, but can confirm that the issue is not related to a DDoS attack.

In some parts of the world, popular social media messenger WhatsApp is also experiencing issues.

Facebook and Instagram appear to be partially down for some users around the world today. While you can open both platforms, it looks like you can’t send or receive messages on either platform, and you can’t post new content either. WhatsApp appeared to be fine for many people, but users in Paraguay, India, Bangladesh, Argentina, and more note that they are experiencing issues with sending messages. DownDetector indicates that those in Brazil were experiencing the most severe outages. (The Verge)

WhatsApp is experiencing server issues to send media, for some users. This afflicts Facebook and Instagram too.

Let me know if you experience problems!