Odd Future’s Tyler, the Creator has announced an unexpected ban from the United Kingdom over his music.

Tyler broke the news to Twitter followers Wednesday (August 26) and said he could be on the outs for up to five years. 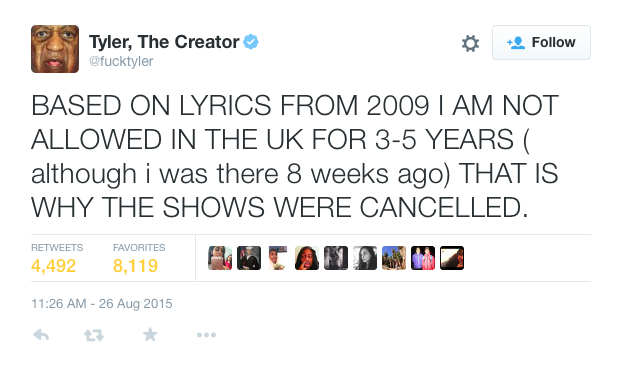 Find out what other ban Tyler, the Creator has had to deal with on the next page…

Earlier this month, Collective Shout, which campaigns against the objectification of women, revealed a nixed Tyler Australia gig. 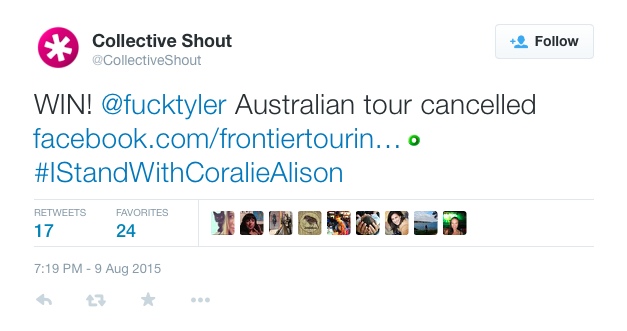 Tyler issued a statement following the news to confirm his music had him fall back.

Comments Off on Sorry Brits, Tyler, The Creator Won’t Go To UK For 3 Years