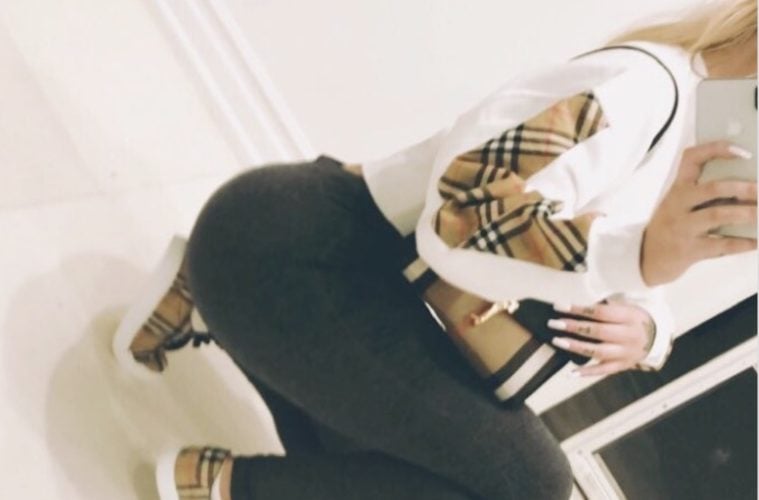 Australian rapper Iggy Azalea is making it hard for guys not to try and shoot their shot with her. The hip-hop diva has made a few jaws drop after sharing steamy bedroom underwear footage.

Iggy went to her Instagram Story this week with the borderline NSFW clip.

Along with the footage, gossip publications took notice of Iggy and Tyga hanging out throughout Coachella Weekend 1 festivities.

Iggy Azalea and Tyga have sent the rumor mill flying after the two were spotted hanging out together on night one of the 2018 Coachella Valley Music and Arts Festival in Indio, Calif. Iggy wore an orange ensemble and was sporting a blunt purple bob for the music event in the desert. In addition to being photographed arriving together on the first night of the fest, fans were quick to pick up on some clues that Iggy and Tyga, who performed at 5 p.m. in the festival’s Sahara Tent on Saturday, may have inadvertently left on social media. (E! Online)

The potential new couple also delivered relationship goals clues based off their attire.

He later shared a shot on his Snapchat page showing a variety of bags and shoes – with one red pair that looked identical to what Iggy, 27, was wearing during her outing on the festival’s first day. The musical artists were seen walking at the festival on Friday, with Tyga in a long-sleeved black top with athletic pants and sunglasses; and the Pretty Girls songstress sporting straight purple-dyed locks, clad in an orange dress with white trim. (Daily Mail)