Black went to Instagram Thursday (February 23) with some unexpected admiration for the crooner. 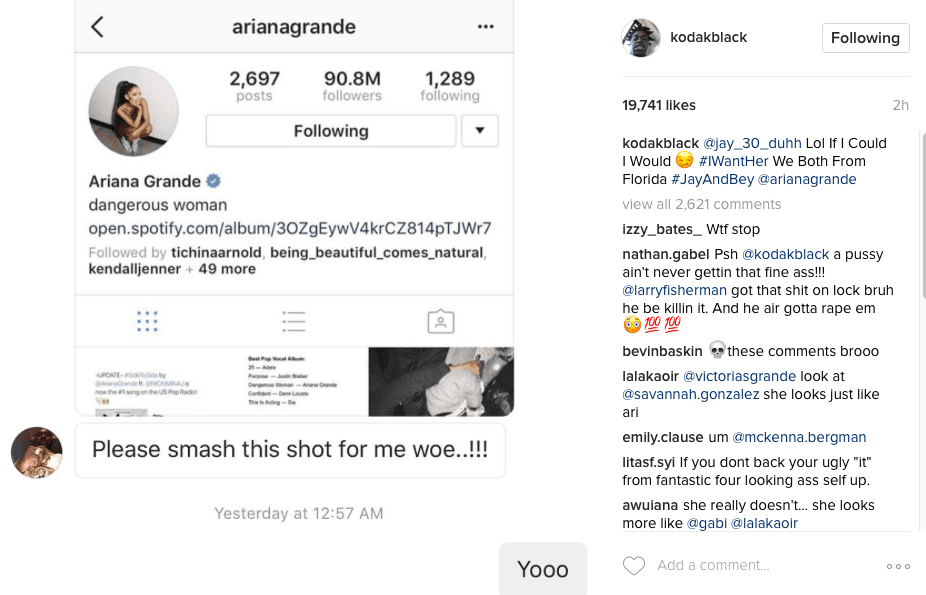 In late December, Grande penned an emotional open message about being objectified while out on a date with hip-hop boyfriend Mac Miller.

A few months prior, Miller talked about having love in his life with Grande.