R&B singer Solange might be experiencing the best year in her career. The chart-topping performer has announced plans to perform on “Saturday Night Live” next month.

Earlier this month, Solange’s mom put her up on sister Beyoncé’s level.

How about those Knowles girls ❤️I'm sorry if it seems like I'm bragging, but I just couldn't be more proud right now to see this family history being made, and I also know how hard they work and how much sacrifice they made to do this so they deserve all the Kudos! I am proud to say that they follow two awesome sibling duos ! Micheal and Janet Jackson and Master P and Silk The Shocker. ❤️

Solange recently made personal history by landing her first-ever number one album release. 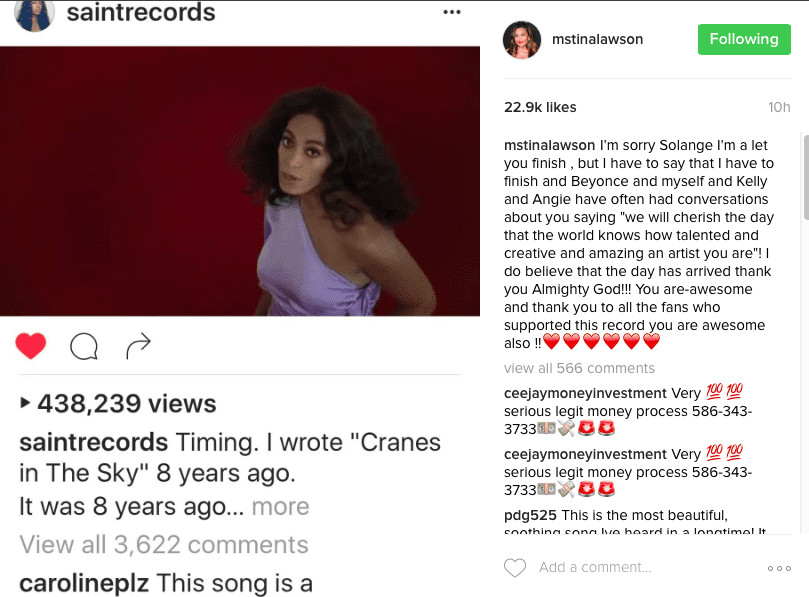