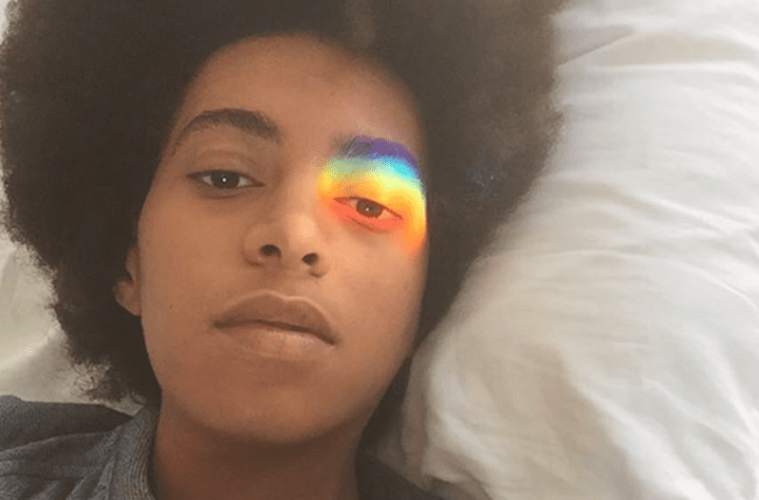 Solange Exposes Cops’ Extreme Tactics: “Police Are Here Pulling Out Tear Gas While Children Are Around”

R&B singer Solange is using the power of social media to put Louisiana law enforcement on blast following a peaceful protest this past weekend. 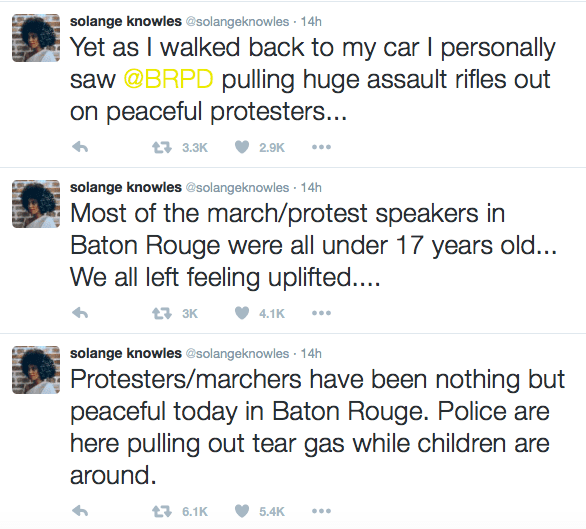 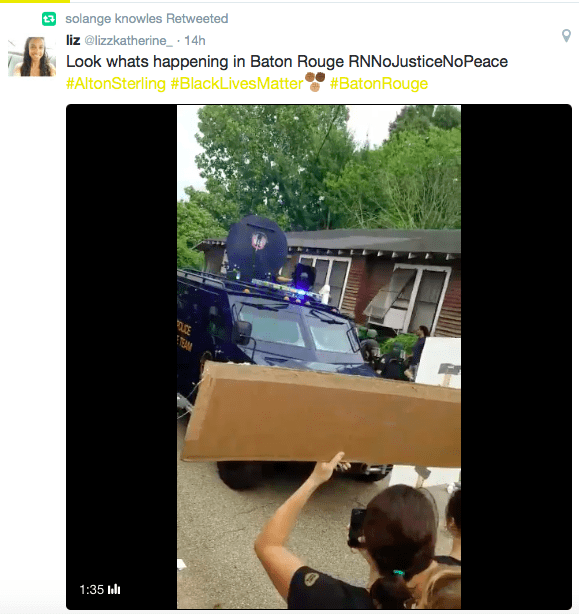 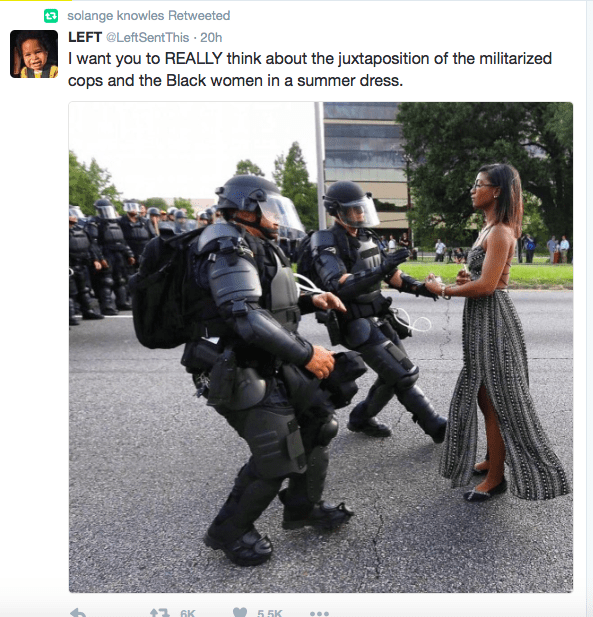 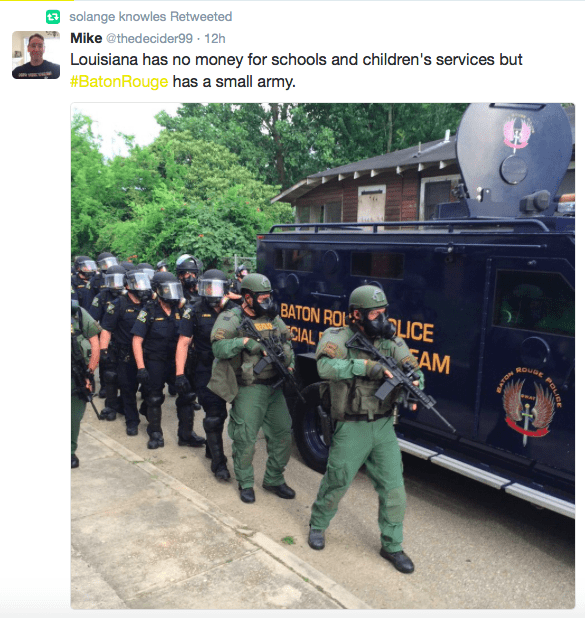 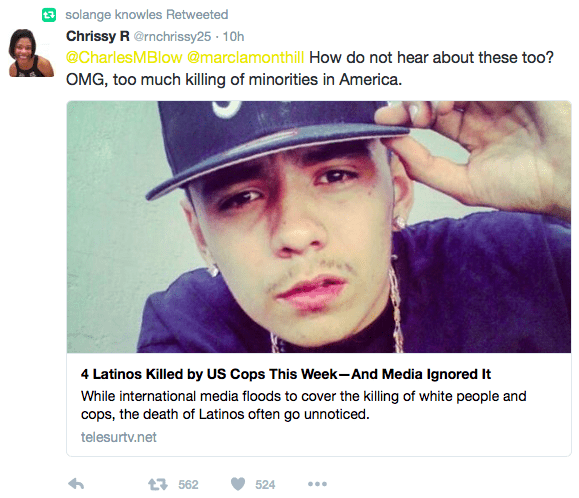 The Southern-bred singer also went to Instagram to speak out.

“It’s messed up, what’s been going on, but I’ve been talking about what’s going on with police in Baton Rouge for a long time. Now people get to see it with their own eyes, all the injustice going on in that city. I ain’t into cops being killed and all of that but cops get away with murder. It’s like they’re in their prime right now so I think it’s like the prime – I don’t think it’s going to get better at all. Really there will never be peace – you’ve got too many lives that have been taken.” (TMZ)