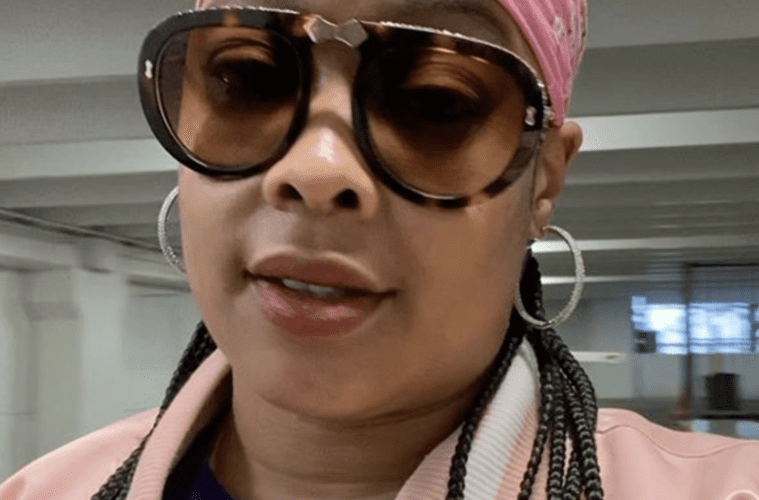 So So Def rap veteran Da Brat is letting the world know she’s officially off the market. The hip-hop entertainer has confirmed recent buzz and speculation about being in a romantic relationship with Kaleidoscope Hair Products CEO Jesseca Dupart.

This week, DB went to her Instagram page to share an emotional clip to the world. In the video, a teary-eyed Brat dishes on how much she loves Dupart and revealed her surprise birthday present.

“Never have I EVER. Needless to say… I’ve always been a kind of private person until I met my heart’s match who handles some things differently than I do. Thank you baby @darealbbjudy for far more than this incredible birthday gift. I have never experienced this feeling. It’s so overwhelming that often I find myself in a daze hoping to never get pinched to see if it’s real so I can live in this dream forever. SEE @darealbbjudy page for the BEST SURPRISE EVER‼️“

Dupart made sure to share footage from the epic surprise. In the must-see clip, she surprises the hip-hop entertainer with a decked-out Bentley.

“This video was taken 3•16 …. Her birthday is 4•14 but with the way things were going and my excitement I couldn’t wait 😭😣 it’s so crazy cuz I ordered a CUSTOM bow for the presentation and didn’t even wait on it 🤣🤣🤣 SHE HATES TO ACCEPT ANY GIFTS FROM ME , that’s y she was running . But she deserves the WORLD and so much more 🌎 I’ve never been SOOOO happy and honestly think that it’s not only because of our connection but also because we really been to ourselves. But then all these videos keep popping up like we hiding 🙄🙄 But WE BE IN PUBLIC 🤣🤣 why is y’all hiding to get footage. My better half , my forever , my twin flame 💖💖💖 @sosobrat HAPPY EARLY BIRTHDAY BABY BIRTHDAY 🎂 🎁 🍰”

A few weeks ago, buzz developed about Brat and Dupart possibly being more than friends. Speculation grew about them possibly gearing up to tie the knot.

Rumors about Da Brat and Dupart’s romance swirled last month when Dupart posted a photo of what seemed to be an engagement ring, but an engagement has not been confirmed. The tomboyish “Funkdafied” rapper was once romantically linked to David Gest, Liza Minnelli’s ex-husband. (New Now Next)

DaBrat has made a name for herself in the music biz dating back to the mid-90’s. She’s also made a run in the Hollywood spotlight with reality TV and Fox’s “Empire” series.

Da Brat has two Grammy nominations and a string of hits to her name, including “I Think They Like Me,” “Loverboy” and “Funkdafied” the title track from her ground-breaking platinum debut album from 1994. The versatile MC also starred as Jezzy in Lee Daniels’ hit show Empire. (Billboard)