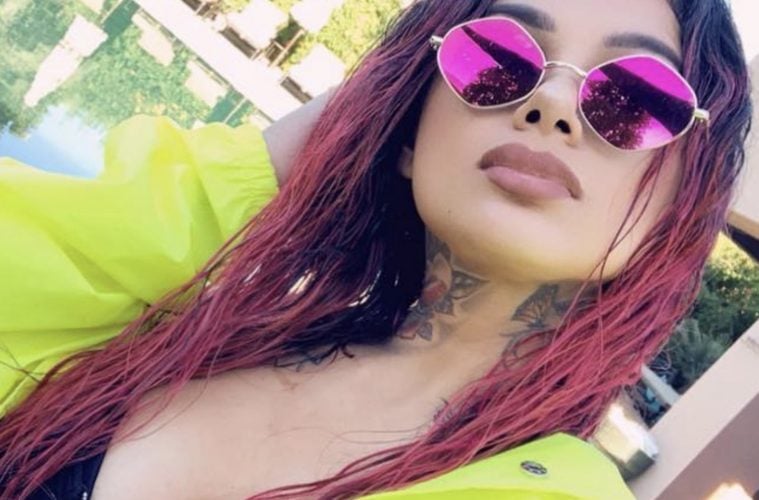 West Coast rapper Snow Tha Product is gearing up for a non-stop touring grind. Ahead of her Goin Off Tour 2019 kicking off tomorrow in California, the hip-hop artist talks to SOHH about all things touring.

In the future, I would love to do something with like a strong, dope a** kick. These girls don’t need it though, that’s the thing. People don’t really need co-headliners but I would love to do something with Kehlani or Jessie Reyez. Or any chick that we would kind of mesh well would be my pick. That type of thing would be dope. Me and Kehlani have a similar type of thing. It’s kind of a West Coast feel. I’m a really big fan of hers.

I usually eat a lot of almonds and beef jerky. I’m on Keto’s so I try to eat no carbs. So I keep it to that. I like to eat a lot of lettuce wrap cheeseburgers. I drink a lot of water. Usually I drink tequila out on the road but this new tour I’m drinking a lot of champagne. So it should be good. It should be fun.

I feel like my first concert was Tech N9ne. I was already a rapper. He invited me personally and I came out. I had never really gone to concerts. It wasn’t even that long ago. I just wasn’t much of a concertgoer because I couldn’t afford it when I was little. He’s an amazing rapper and I was just super inspired. I was in awe of his show and his breath control. He actually was the one who hit me up about my breath control and my technique rapping. So when I watched him on stage, I was like, ‘No wonder. He really knows about this.’

I’m actually pretty fond of my sleep. I take naps. I sleep short amounts and then I wake up and get back into it. Randomly. Lately, I’ve been getting up at five in the morning and then randomly I’ll take a nap and then wake up for a few more hours before I go to sleep at night. When I’m not touring, I have a really comfortable bed. When I bought it, the guy who sold it to me said, “This is the bed Oprah has.”

I’m doing exactly what I’ve always done. The only difference is I don’t have people telling me what not to do which ends up hindering my stuff. With this tour, you can see dates are selling out months in advance. That’s a new thing for me because I’m finally allowed to do whatever I want. I know what fans want. I’m very close to my fans. That’s one thing that’s always been very important to me. I was so close to my fans just to have somebody else tell me what not to do when I know what me and the fans want. I just feel excited and free and the energy is just so much better. There are no restraints. That’s the biggest thing about it.