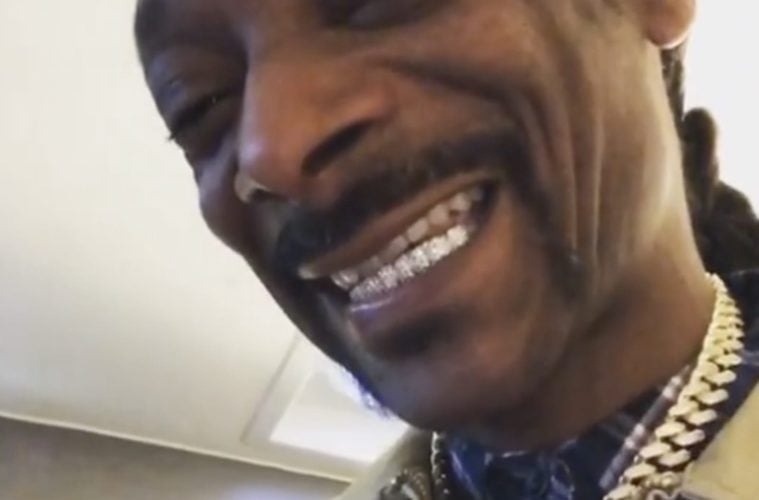 West Coast rap legend Snoop Dogg is letting all fans know Los Angeles is still a Lakers town. The hip-hop veteran went online this week to toot his horn after the Purple and Yellow pulled up a big win last night against the hometown rival Clippers.

On Friday, Snoop Dizzle went to his Instagram page with some pure trolling. The rap heavyweight shared a throwback pic of himself rocking a Lakers outfit and unloading tons of emojis on Clippers fans.

Snoop Dogg also shared a throwback shot of himself balling in Lakers-inspired purple and yellow gear.

Anthony Davis owned the third quarter and finished with 34 points of his own, but the night belonged to LeBron James.  Despite struggling his way to 6-of-19 shooting, James hit the game-winning runner after rebounding his own miss. He then proceeded to defend Kawhi Leonard on the final possession well enough to force a pass, and then switched on Paul George to contest his game-winning attempt. When the final buzzer sounded, it was 103-101 Lakers. (CBS Sports)

If you missed Lakers/Clippers tip-off last night or want to relive some of those epic moments, watch the full game highlights below.

Outside of the NBA hype, the Internet has shown no mercy on Snoop Dogg this week. People have checked Snoop and questioned the logic behind not putting self-proclaimed rap god Eminem into his Top 10 all-time rappers list.

This week, Snoop sparked headlines by dishing on Eminem’s greatness. However, Dogg explained why there are other rap icons bigger than Em and also credited Dr. Dre for helping pave the way for Slim Shady.

“Eminem, the great white hope. White rappers had zero respect in rap. Let’s keep that 1,000. None. He has probably put Eminem in a position where he could be labeled as one of the Top 10 rappers – ever. I don’t think so but the game feels like he’s Top 10 lyricist and all that comes with it. But that’s just because he’s with Dr. Dre and Dr. Dre helped him find the best Eminem he could find.” (“The Breakfast Club”)