West Coast rapper Snoop Dogg is putting some respect on Throwback Thursday’s name. The hip-hop veteran has treated fans to a memorable rare pic of himself and late rap mogul 2Pac. 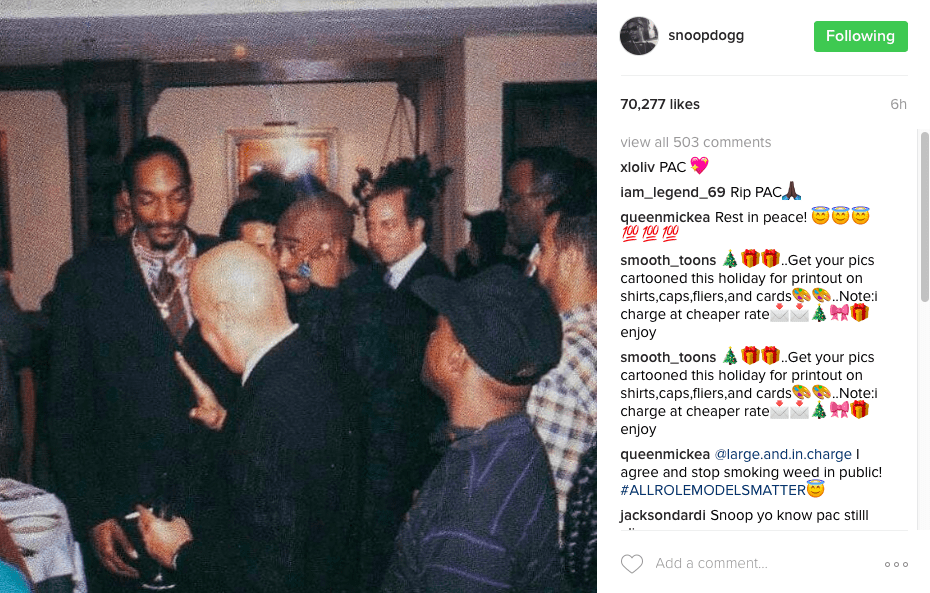 Barring any setbacks, the long-awaited All Eyez On Me 2Pac biopic is slated to land in movie theaters on his birthday.

“I feel like I definitely got the right actor to play Tupac,” he said of Hollywood newcomer Demetrius Shipp Jr. “It was important to get an unknown [actor] so people can lock into him and his performance versus any sort of baggage that another actor would bring,” Douglas revealed. “This role is just too important for hip-hop culture to mess it up.” (Page Six)

Back in September, Shipp talked about portraying the late music star and what fans should expect.