West Coast rap veteran Snoop Dogg packed his bags and traveled to Michigan this past weekend to speak to Flint mayor Karen Weaver about the city’s publicized water crisis efforts.

According to Mayor Weaver, they spoke for over an hour during a water drive.

Check out pictures from Snoop Dogg’s Flint, Michigan outing on the next page…

Snoop posted up pictures from the water drive meeting this past weekend.

Me n the mayor of flint

West Coast musician Game recently said he felt inspired and donated $500,000 of his own money to the water crisis causes. 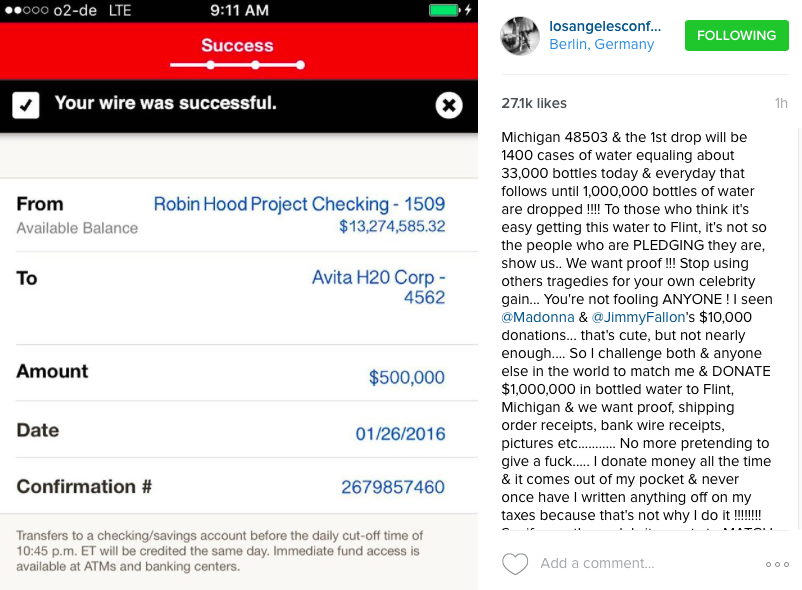 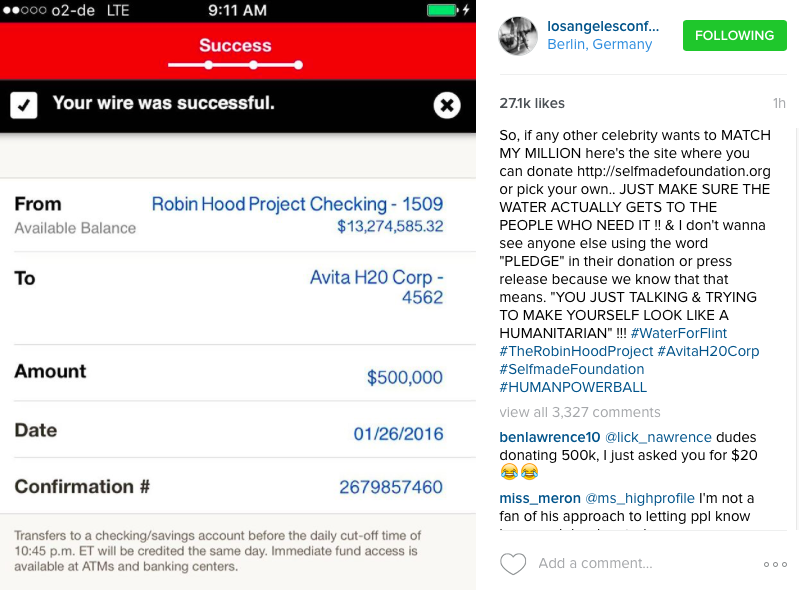 Celebrities Diddy, Mark Wahlberg, Eminem and Wiz Khalifa have all united to donate one million bottles of water.

“AQUAhydrate investors Mark Wahlberg and REVOLT chairman, Sean “Diddy” Combs, are teaming with Eminem and Wiz Khalifa to donate one million bottles of AQUAhydrate to the people of Flint. “The initial donation of five thousand cases is making it’s way across the country and is expected to arrive early next week.” The statement added that the company “is working closely with Michigan state and emergency management in a long-term commitment until the water issue is resolved”. (Voice-Online)