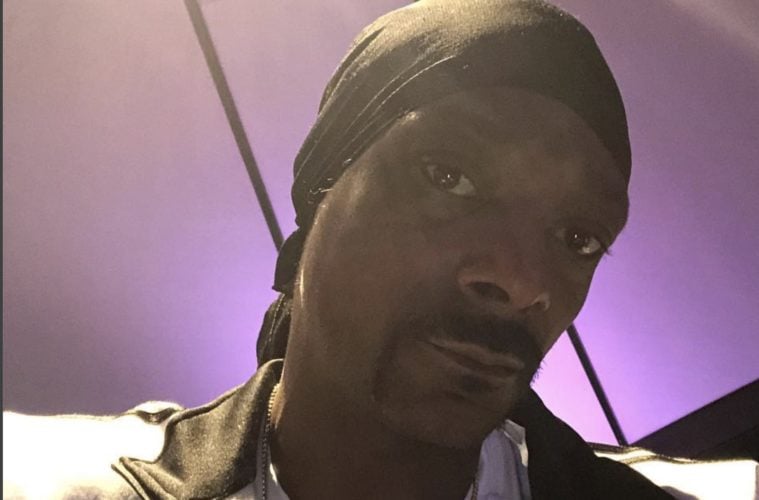 In a new interview, Snoop Dizzle didn’t hold back on his personal issues with Trump.

“This man is just completely wrong. His whole train of thought. Even when the fires happened he blamed [the forest management]. How you not gonna send a condolence out to the people who died? You just gonna go straight into blame? I’m like, I want to slap the – I’m not gonna say it.” (Real 92.3)

#SnoopDogg speaks on #Trump’s reaction to the California fires

A few days ago, the Trumpster hit up Twitter with his opinion on the forest fires.

There is no reason for these massive, deadly and costly forest fires in California except that forest management is so poor. Billions of dollars are given each year, with so many lives lost, all because of gross mismanagement of the forests. Remedy now, or no more Fed payments!

“When he doesn’t agree with something like that fire comment he will screengrab [and] he will send it to the people close to [Trump] and say that maybe there should be a little more empathy in this,” Kardashian West said before her panel with CNN’s Van Jones at Variety and Rolling Stone’s Criminal Justice Reform Summit at the Jeremy West Hollywood hotel. (Variety)

Kim also revealed what last-minute things she grabbed before evacuating their home.

Kardashian West told Variety that with just an hour to evacuate, they grabbed their computers and a hard drive containing digital files of their photo albums and videos as well as “my kids’ blankets, my childhood blanket that my grandma made me, things that you can’t really replace.” “All the other stuff doesn’t really matter,” she added. While evacuation orders have slowly been lifted, Kardashian West said they haven’t returned home just yet. “It’s smoky and my son has a little bit of asthma so it’s not really safe for him to go back,” she explained. (Variety)