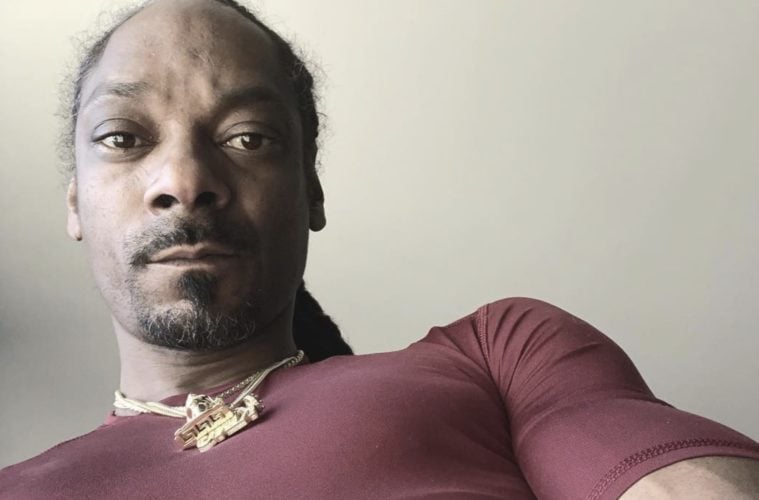 Snoop Dizzle went to Instagram Wednesday (May 30) with a savage meme focused on both teams’ top stars.

Nothing but love & Respect for Houston Helluva series @traeabn ✊🏾💯🙏🏾

Is it weird to root for your sister’s ex-boyfriend? That’s what Kylie Jenner did Monday night — sitting courtside at the Houston Rockets playoff game … cheering on James Harden. Kylie was at the Houston Toyota Center with her boyfriend, Travis Scott — who’s from the area and happens to be a huge Rockets fan. In the end, Harden and the Rockets lost to the Golden State Warriors 101-92 — who now advance to the NBA Finals to take on Cleveland … where Khloe’s current boyfriend plays. (TMZ)

After game 5 (of the conference finals) @simmsandlefkoe asked me what I thought. Forget vegas #AskFlee 🤷🏽‍♂️😂.. @bleacherreport

I’ve been lucky enough to watch Micheal Jordan play. And it was nothing like it. I mean swag, finesse, determination, smartness, etc. I would never put anyone above him. With that said..what lebron James has done this season has been unmatched!! 33yrs old, played all 82 regular season games, just about no supporting cast… has been amazing to watch. I tip my hat to him for not short changing us (the fans) but brining professionalism to the game. Along with turning himself and his close friends into great business men. I lived in Ohio when he was in high school and to watch him @mavcarter and the gang from 11th grade to today…has been amazing. There aren’t enough words to explain what he’s done this season. salute to da king!! #EastCoastKing @kingjames