Previous Next
Up Next
1.3k Views Comments Off on Snoop Dogg Credits This One Guy For Saving His Career: “Kept Me Rapping When I Wanted To Give Up”
Share

West Coast rapper Snoop Dogg has praised hip-hop veteran Warren G for helping him avoid getting a regular 9 to 5 and blowing up as a music mogul. 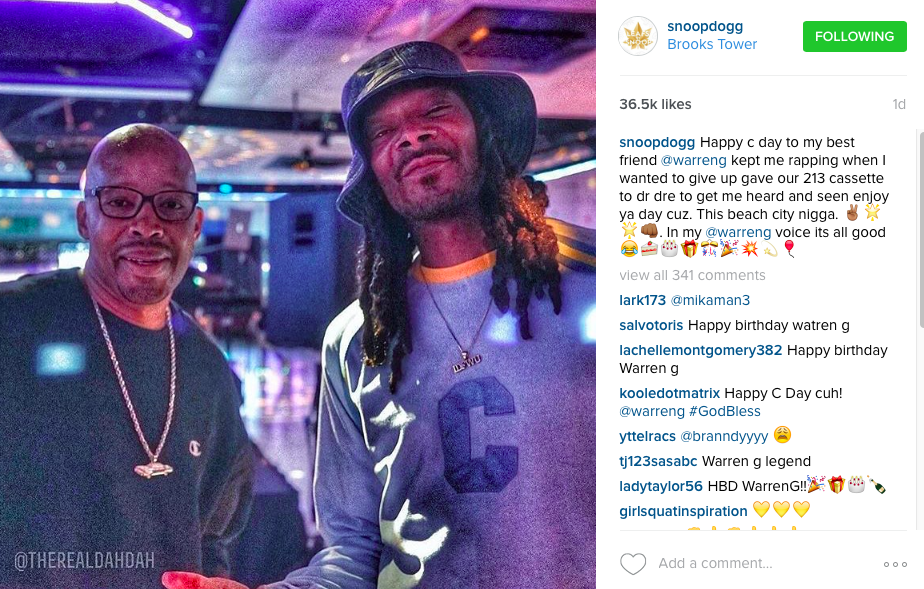 Each 30-minute episode will feature three guests touching on the latest in news and culture and some of the stars include, Larry King, Pharrell, Russell Simmons, Seth Rogen, and Mike Epps. The first episode will include appearances by Jamie Foxx, Schoolboy Q and Jhene Aiko. Revolt TV also will air past episodes as part of the deal, with new content continuing to be available on Snoop Dogg’s YouTube page. (Deadline)

“Actually I didn’t say that, the people from Twitter suggested that,” Snoop explained referring to his interest in being Twitter CEO. “I just was in agreement with them. I never woke up and said I want to be the CEO of Twitter. I’m the CEO of Snoop Dogg. That’s bigger than anything so it’s just them saying they wanted to have me on their team because they felt like I can give them flavor that they’re missing. They say I’m an avid fan of it, I’m supportive of it, I get down with it, but there’s things that I do that can make the brand bigger and better and that’s what it’s all about – I think the uproar is coming from the employees that are a part of the executives because they want flavor, they want to be ahead of the curve. That’s what I am. I’ve always been different and diverse and able to set new trends and do what I do. Money gotta be right.” (BuzzFeed)

Buzz about Snoop’s interest in taking over Twitter circulated across social media in June. 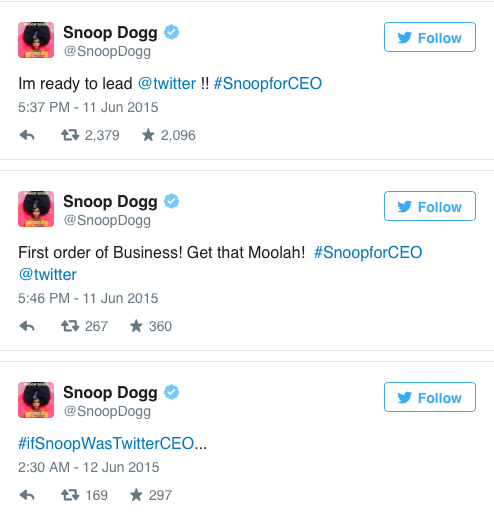 Comments Off on Snoop Dogg Credits This One Guy For Saving His Career: “Kept Me Rapping When I Wanted To Give Up”