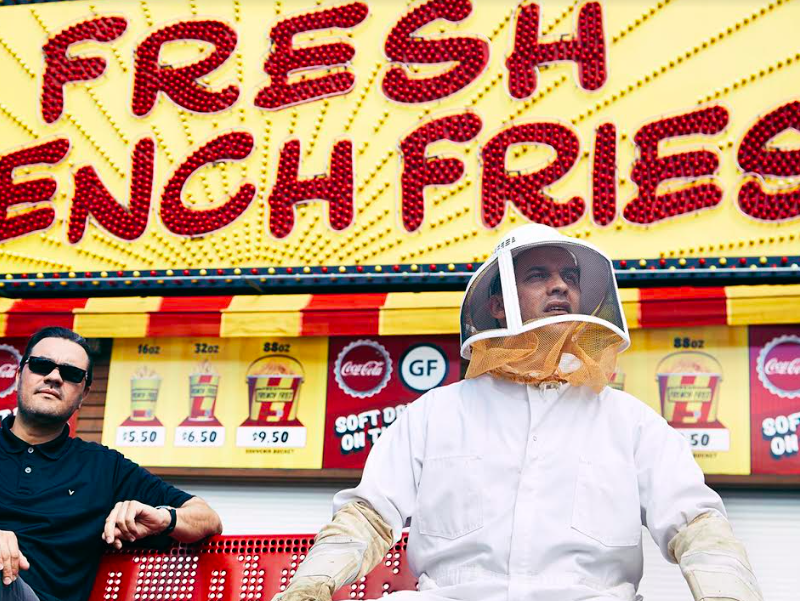 Atmosphere’s Slug Top 5 ‘The Cipher’ Gems: “What Kid Cudi Does, It’s Bigger Than What Drake Does” [Audio]

[Sean “Slug” Daley of Atmosphere recently sat down with hip-hop personality and SOHH correspondent Shawn Setaro on his popular “The Cipher” podcast. Listen to the full interview and check out five gems he dropped during the Q&A.]

On press criticism early in their career:

“People didn’t want to accept us when we first started to come out, and it worked in our favor because it galvanized our fan base to fight that much harder for us. It put us in the underdog position, which is always the best position to be in.”

On his “Lucy Ford” character:

“Really, Lucy Ford was the devil. I wrote about the devil as if it was a particular woman or women in my life who were causing all of these troubles and pains. But at the end of the day, it was just me.”

On being a little older than his peers:

“I was older than the majority of my peers. All the people I was coming up with, I was 4-5 years older than all of them. So I always felt like I couldn’t just run towards the party. Part of me also had to responsibly resent the party at the same time.”