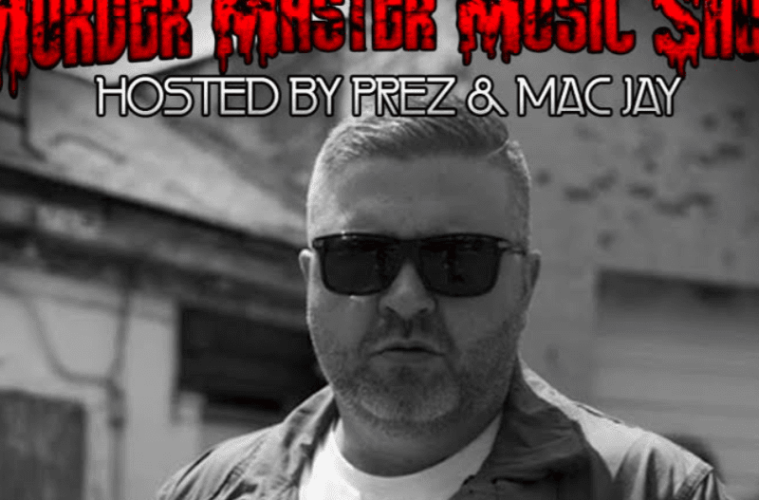 Slaine’s Top 5 Murder Master Music Show Moments: “I Had All These Missed Calls & It Was Ben Affleck” [Audio]

[La Coka Nostra had been tearin’ up the Underground scene for years, but not too many people know much about the group’s hard edged rhyme spitter from Boston. Many don’t even realize that he is also a Hollywood Actor and has been in huge Blockbusters such as the Town. His real fans know his story, but it’s not all tours and big movies, it also includes many years of drug abuse, living on the streets, and struggling to stay alive!]

I was hospitalized several times, I think 12 times the year before I got sober. I think I got sober and stopped doing drugs the day before I died, that’s actually the name of the album I’m dropping. This EP that I just dropped is called Slaine is Dead and the reason why is because I went on stage high, I wasn’t sober my whole life, I felt I couldn’t write unless I was high or I was drug.

When I got sober I felt like I had to give up music because the two things were so closely intertwined with the music the drugs and the alcohol. I had to change my hours in the studio instead of going in overnight I would go in during the day. Slaine is Dead is the first one so I started with the EP and the new La Coka Nostra album!

I just linked up with the guys from La Coka and Lethal had signed me to a pre-production deal, I was hustlin’ my mixtapes in the streets of Boston and was starting to get a buzz, and due to unfortunate circumstances I was squatting in this warehouse with no hot water or electricity, and the announcement came that La Coka Nostra was getting together and who was in the group and the Boston Herald was doing a big story about it. I was charging my cell phone up at the afterhours spot and I would drink there overnight and that morning I left at 7am and I got the newspapers off the rack at the gas station and I went to the warehouse that I was squatting in and I read the article and I couldn’t believe I was in the paper and I passed out and I woke up in the afternoon. I had all these missed phone calls and it was Ben Affleck and his people trying to get in touch with me. I went in and I auditioned for “Gone Baby Gone” and the rest is history after that. Ben put me in The Town and my life changed.

I had a little scene with the Rock and Kevin Hart in Central Intelligence, I am also doing some indie stuff, I did this movie called Let Me Make You A Martyr. It’s a dope movie I went and saw it and it’s amazing. I’m also gonna do a joint for Netflix Originals.

5. Having No Talent Is The New Talent In Mainstream Entertainment

I think it is happening across the board in all entertainment right now. No talent is the new talent. These reality tv shows, the networks find a way to pay people for a season instead of paying actors a lot of money per episode so they increase their bottom line so they just get people drunk, they make an ass out of themselves and people just eat it up. The hip-hop game is the same way man!