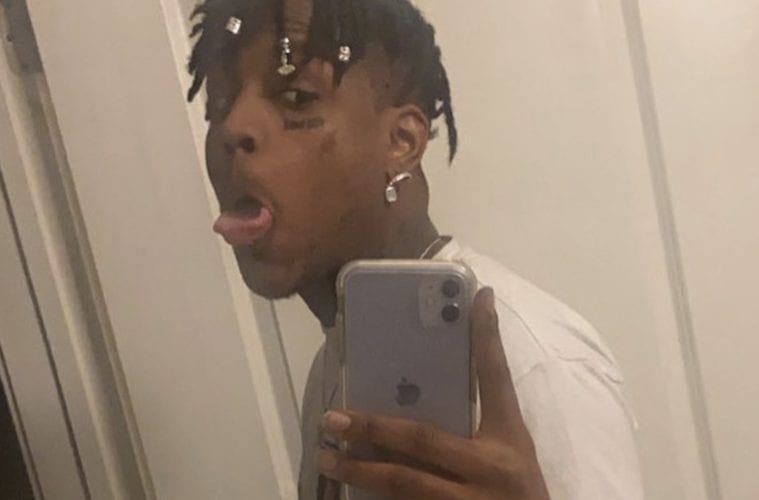 Ski Mask The Slump God Shares Heartbreaking Tweet About Juice WRLD + XXXTentacion: “Should Of Been Me”

Rap star Ski Mask The Slump God is in his feels. It’s been four months since the death of Juice WRLD and almost two years since the murder of close friend XXXTentacion, and it hasn’t gotten any easier to deal with.

Ski Mask shared a heartbreaking tweet remember the two rappers, saying it should’ve been him passing away rather than his two friends.

Both X and Juice’s memory will live on forever. The latter’s girlfriend Ally Lotti recently went online to share some major details of an upcoming posthumous album. Lotti revealed the title of his project will be titled The Outsiders and told fans it’s not going to be easy to hear his voice again.

“When I broke this down, at first I was like, we’re putting out exactly what Jarad wanted to come out right now. Remember, we were talking about The Outsiders and all this stuff, that actual album, no one’s ready for it. I’m not ready for it. And I promise you, you are not ready for it.”

Last week, she went live to share a slew of stories and memories with her late partner, and clarified she always wanted him for him and didn’t care about his wealth. Lotti also revealed she had Juice’s lawyers write up a document saying she didn’t want any of his money or property while alive.

“So, I just had to come on here. I even have a part of it on video, of the lights coming on and the computer, literally stopped recording. I’m just thrown and like I have so much to do tonight and get done for Jarad that it’s so crazy that it just happened. It gave me this, ‘you’re here with me, we’re doing this together’ because I really need him right now and it was just such a crazy sign. I know J’s with me. I’m so thankful. I know he’s always with me, but when he shows me signs it really just gives me the motivation. I’m so blessed and thankful for that right now. So blessed. I just want to make you guys so proud. I don’t know if you guys know, but I have nothing to do with—when I first got with Jarad, I didn’t want anyone to think I was with him for his money. I had my own money. I have my own money. I did not need Jarad for that. I wanted Jarad for Jarad. I just want our memories, I want our story,” Ally stated through tears. “I just want our music and the music that he made for me. That he wants you guys to hear. And that’s what I’m putting myself into. Not for anything else. I get nothing out of this, just so you guys know, and I don’t want anything out of this… Literally that’s it.”