These ladies are keeping the fire burning this Women's History Month. They show no signs of putting it out! Coi Leray drops fire new song with Nicki Minaj, Latto is going on tour, and Crime Mobs’ Diamond makes a comeback. Coi Leray Rises from the Ashes

In spite of her dad Benzino spilling the beans about her Nicki Minaj collaboration and almost killing the deal, Coi Leray has come back on top with another banger with big sis Nicki Minaj on the helm.  ICYMI,  Source founder turned reality star, Benzino, announced the collab before the two female emcees had a chance to properly promote the hit single, causing Nicki to ultimately pull her verse from the song.

Well, it’s good vibes all 2022, and the two influencers came through blazing with their hot new track “Blick Blick.”  Fans are already loving the song with 435 thousand views on YouTube. The trendsetters recently just dropped the visuals to this banger and its fire!

Nicki took to Twitter to big up Coi on her lyrical craft.

Yes Coi, you did that!

Coi took to Twitter to show off her new Barbie tattoo along with the date of when the new track dropped, in honor of the collab with the Queen of the Barbz, Nicki Minaj. The platinum-certified artist’s debut album “Trendsetter” is coming soon and we’re ready!

With the announcement of her sophomore album “777”  releasing March 25th. Latto is keeping the dice rolling, preparing for her  “777” tour, set to kick off this Saturday in Santa Cruz, CA.

The tour includes special guests Saucy Santana, Kali, and Asianae.  Latto recently released her video for “Wheelie” featuring Atlanta rapper 21-Savage, showing out with her choreography.  So we know Latto will be putting on a show!

Atlanta rapper Kali is taking the game by storm, following the drop to her viral track “Mmm Mmm.”  The up-and-coming emcee recently released her new EP “Toxic Chocolate” and the fans are here for it. Kali is also set to join Latto on the 777 tour kicking off this Saturday. (We see you sis!)

R&B star Normani is giving what it’s supposed to give with her new single, “Fair.”  The “Wild Side” singer seems to hold down the fans when it comes to releasing fire music, and this slow jam is everything we needed.

Recently featured in SOHH’s 2022 Female Rappers To Watch playlist, Brooklyn duo The Girllcodee came through with a dope visual to their hot G-mix “Luchinni.”  With their heavy New York flow and unique vibe, GC proves they ain’t going nowhere, periodt!

Atlanta rapper Diamond is out here making a comeback. Best known as a member of the iconic group Crime Mob, the “Slim Thick” artist recently dropped her new single “Candy” and it’s a slap! Ms. 32 flavors is back and we can’t wait to hear more of that hardcore!

Shout out to our little sis Imani Johnson for becoming the first black female dancer to appear in the Broadway show, Riverdance, at just 15 years old. The Atlanta-born dancer was introduced to Irish dance when she was in kindergarten and has been blazing the stage ever since. Johnson will be attending the 2022 World Irish Dancing Championship in Northern Ireland this April, we wish you all the luck. 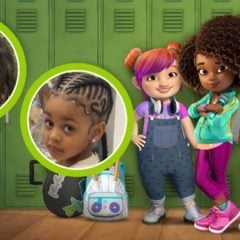 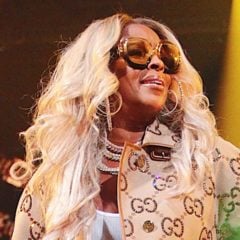