Country singer Taylor Swift has social media buzzing this week following a Grammy Awards speech many believe may have been aimed at hip-hop superstar Kanye West.

During her acceptance speech for Best Album of the Year, Swift seemed to get at Yeezus last night (February 15).

“As the first woman to win album of the year at the Grammys twice, I want to say to all the young women out there: there are going to be people along the way who will try to undercut your success or take credit for your accomplishments or your fame,” Swift said near the close of the show. “But if you just focus on the work and you don’t let those people sidetrack you, someday when you get where you’re going. You’ll look around and you’ll know it was you and the people who love you who put you there and that will be the greatest feeling in the world.” (USA Today)

A few days ago, Taylor Swift’s team said she did not grant him her approval and warned Yeezus about dissing her on his new “Famous” song.

Tayor’s rep says, “Kanye did not call for approval, but to ask Taylor to release his single ‘Famous’ on her Twitter account. She declined and cautioned him about releasing a song with such a strong misogynistic message. Taylor was never made aware of the actual lyric, ‘I made that bitch famous.'” (TMZ) 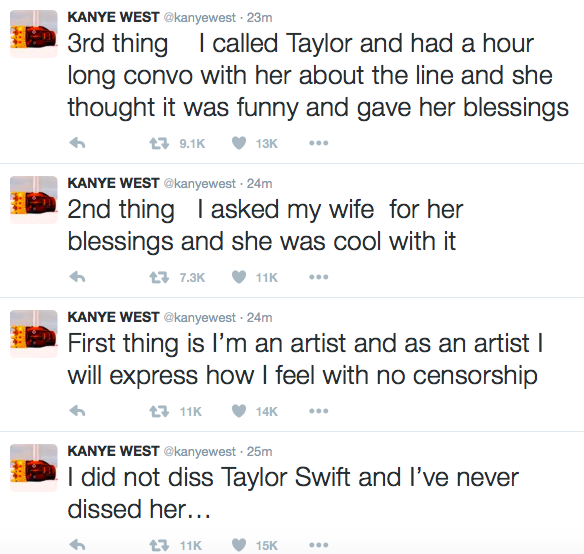 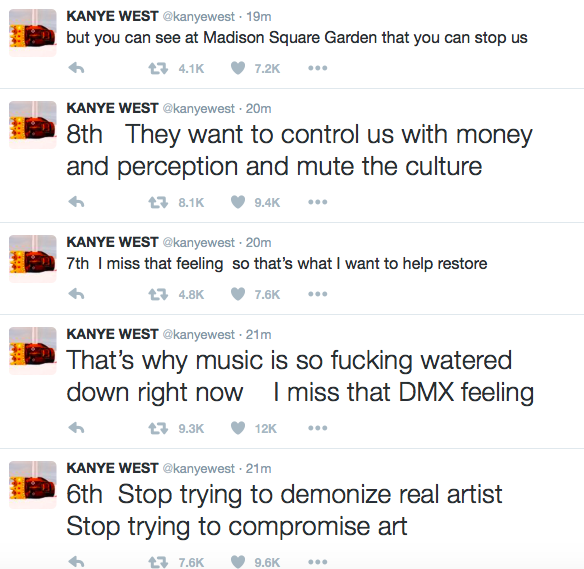 Getting a head start on some spring cleaning. Here we go again.

TSR Staff: Kyle.Anfernee : Instagram: @Kyle.Anfernee Just when Kanye was back in good standing with the Swift family, his ego has since seemed to have rubbed #TaylorSwifts brother, Austin Swift, the wrong way. —————————————— As you know Kanye debuted his Yeezy Season 3 line today, as well as his highly anticipated album #TheLifeOfPablo. Apparently Kanye took a shot at Taylor in one of his songs by saying “I made that–Read More At TheShadeRoom.com