West Coast rapper Macklemore and fiancée Tricia Davis have some explaining to do as new reports claim they recently welcomed in a newborn baby.

According to reports, the Mack’s neighbor broke the news of their new kid on social media. 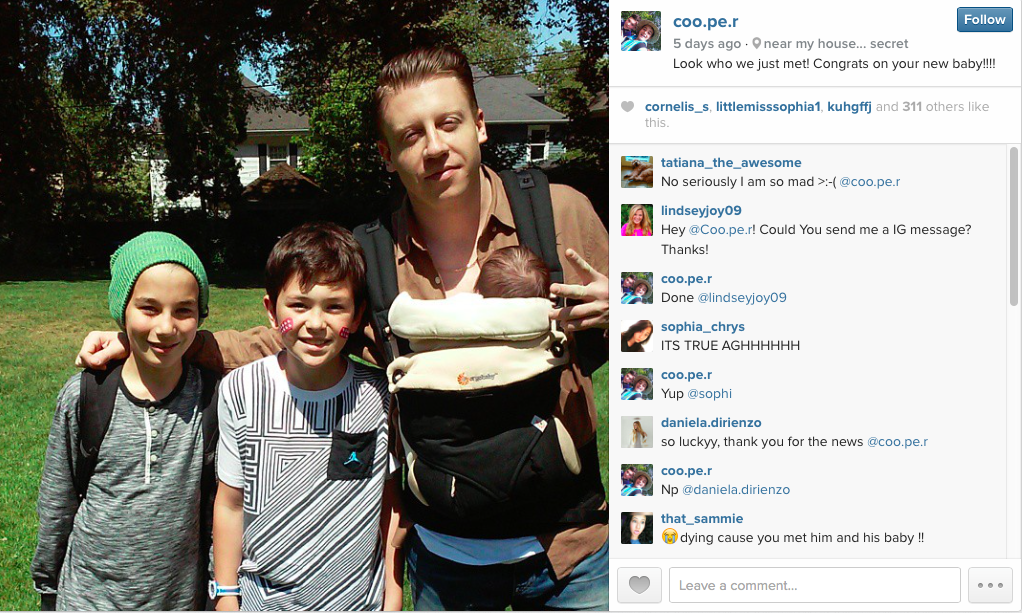 Mack and his fiancée teased fans about their bundle of joy earlier this year.

Sources exclusively tell Page Six that his fiancée, Tricia Davis, is pregnant with the couple’s first child. Spies in Las Vegas over New Year’s noticed Davis, in a loose-fitting black dress, wasn’t drinking while out with Macklemore and pals. The couple and their entourage had dinner at the Mirage restaurant Stack before his performance at 1Oak. (Page Six)

Earlier the same week, Mack posted up a photo alongside Davis onto Instagram.

Davis and the rapper have been together for eight years and met when she was a nurse. Macklemore, whose rep didn’t get back to us, proposed to Davis in January of 2013. (New York Post)