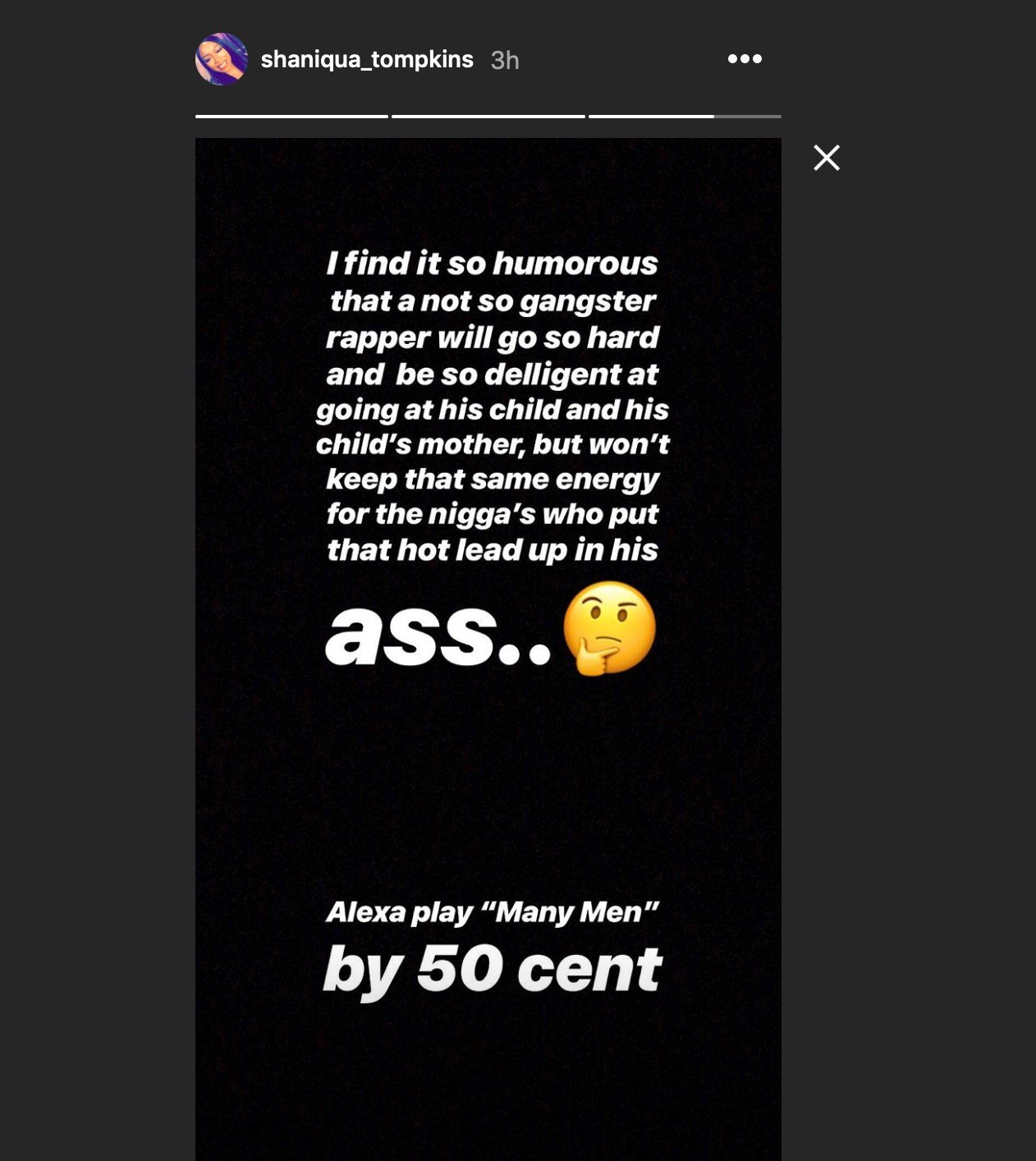 Earlier in the day, 50 responded to a subliminal message possibly aimed at him.

Heading into the weekend, 50 Cent blamed Shaniqua and their son Marquise Jackson for blowing over $1.3 million of his financial support.

This is SOHH savage on SOHH many different levels!!! LMFAO!!! 📸 @50cent @Power_STARZ pic.twitter.com/fOFRPT9stK