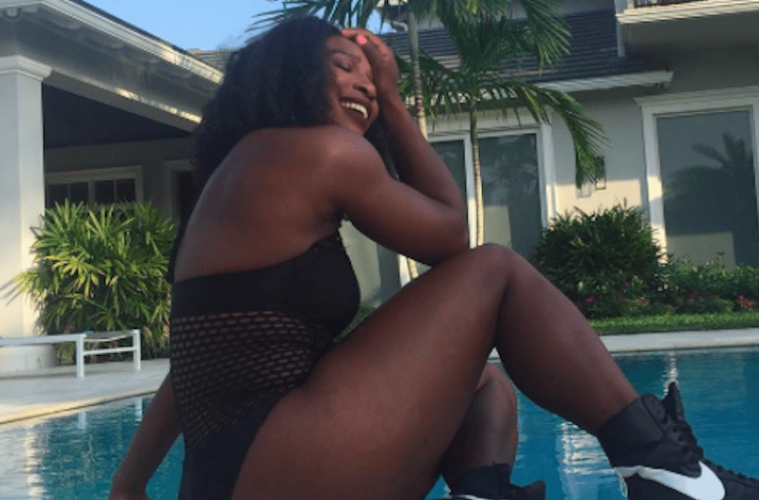 Serena Williams Knows Her Assets Are Undeniable: “Now My Body Is In Style” [Video]

Tennis icon Serena Williams has no shame in her game on and off the court. The curvy superstar recently sat down with ex-boyfriend rapper Common to talk about her career and physique.

In Williams’ opinion, her body is finally the current style women crave for in popular culture.

“There was a time when I didn’t feel incredibly comfortable about my body because I felt like I was too strong. I had to take a second and think, ‘Who says I’m too strong? This body has enabled me to be the greatest player that I can be.’ And now my body is in style, so I’m feeling good about it. [Laughs.] Like, I’m finally in style! It took a while to get there. I’m just really thankful for the way I was brought up by my mom and my dad to give me that confidence. I could have been discouraged, and I wouldn’t be as great as I was because I would have done different exercises or I would have done different things. I totally embrace who I am and what I am.” (The Undefeated)

“I’m so focused on what I need to do to be the best I can be — and then better. At a very young age, I think I was 17, I stopped reading any press about me. I think that helped me avoid a lot of the scrutiny, and I kind of put myself in a bubble. I feel like I definitely was scrutinized because I was confident — I was black and I was confident. And I am black and I am confident. But I would say, ‘I feel like I can be No. 1.’ [Imitates shock.] Well, why shouldn’t I say that? If I don’t think I’m going to be the best, why do I play?” (The Undefeated)

A few weeks ago, gossip circulated about Common and Serena possibly dating again.