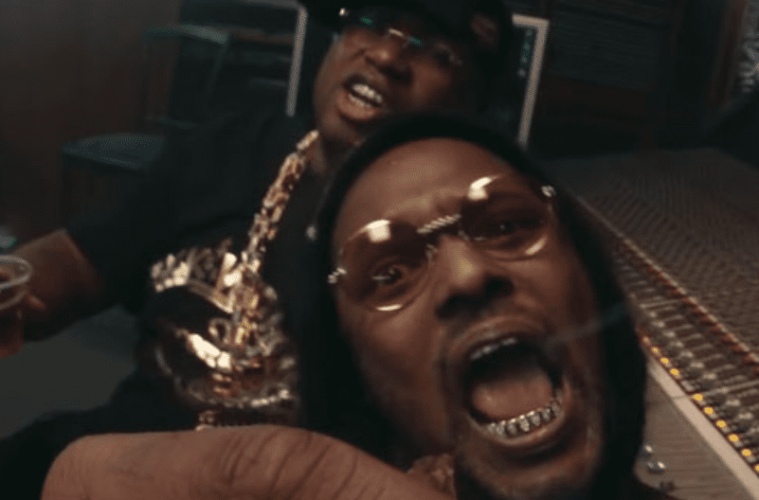 Top Dawg Entertainment‘s ScHoolboy Q is showing no signs of wanting to hang the microphone up or take an extended break from music-making. The hip-hop star has blessed fans with his “Dope Dealer” music video.

Heading into the weekend, Q linked up with rap veteran E-40 for his latest Blank Face visual.

Over the past few months, Q has flexed his sports athletics across social media.

“F*ck the Dodgers. I ain’t no Dodgers fan. And if you punk a** Dodgers managers ever ask to me throw the first pitch at that punk a** stadium, I ain’t going. I am ‘not’ Kendrick Lamar. I am not a f*cking Dodgers fan. I am an Angels fan. So Anaheim, whenever y’all want your boy to throw the first pitch, I’m in there. You know what I mean? I’m not going to no Dodgers game. F*ck the Dodgers. I’m not f*cking with them. I’m an Angels fan.” (The FADER)

Outside of sports, ScHoolboy Q recently revealed his disinterest in speaking politics.

“I don’t know sh*t about presidents. I’ve been struggling and hustling my whole life, and I don’t know what they ever done for me. I’m not saying they don’t contribute to anything, but I don’t know what they’ve done for me, personally, because I’ve always been doing the same thing over and over again and nothing changed for me. Minimum wage is still the same, rent is still the same that’s my whole thing. And I know they probably have no control over that, so what the f*ck am I voting for? I never looked at health care, I just knew my daughter needed health care, so I’m gonna hustle to pay for her to get health care, you know what I’m saying? I know [President Obama] be giving n*ggas phones and sh*t, that was cool. [Laughs.]” (Complex)