ScHoolboy Q Isn’t For The Political Talk: “I Don’t Know S**t About Presidents”

Top Dawg Entertainment‘s ScHoolboy Q recently explained his disinterest in focusing on politics and dished on why he has trouble supporting presidential leaders.

In Q’s opinion, the head of state has never looked out for his own interests.

“I don’t know sh*t about presidents. I’ve been struggling and hustling my whole life, and I don’t know what they ever done for me. I’m not saying they don’t contribute to anything, but I don’t know what they’ve done for me, personally, because I’ve always been doing the same thing over and over again and nothing changed for me. Minimum wage is still the same, rent is still the same that’s my whole thing. And I know they probably have no control over that, so what the f*ck am I voting for? I never looked at health care, I just knew my daughter needed health care, so I’m gonna hustle to pay for her to get health care, you know what I’m saying? I know [President Obama] be giving n*ggas phones and sh*t, that was cool. [Laughs.]” (Complex)

Earlier this month, Q said he did not care about who wins the 2016 presidential election.

A few weeks ago, rap star T.I. let loose on his Trump frustrations. 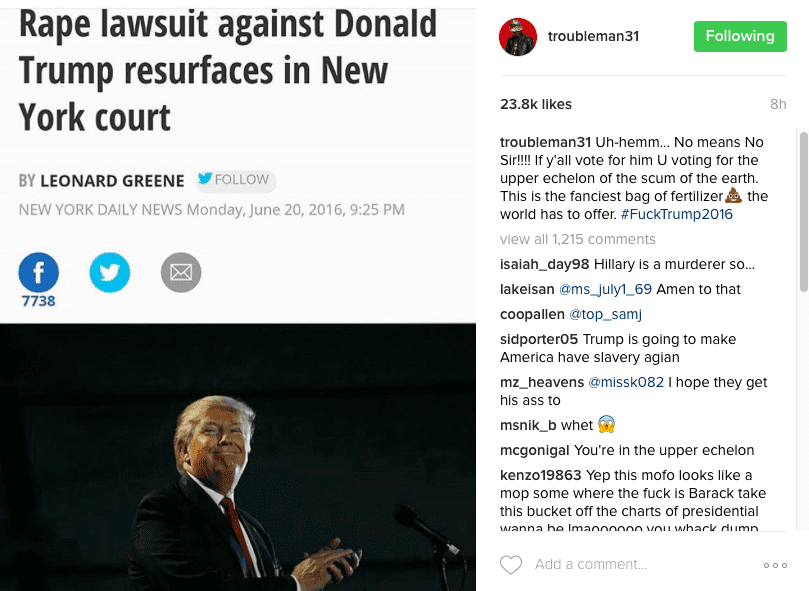