Houston rapper Scarface isn’t buying tickets to see All Eyez On Me. The hip-hop legend has explained his issues with the box office smash hit 2Pac biopic.

In a recent interview, Face Mob unleashed an emotional speech about what issues he has with the new flick.

“We never looked at each other like we were each other’s favorite rapper, which we were. But we were just friends. Every show we did together, it was Pac and me and MC Breed. If MC Breed’s not in that movie then it ain’t no real Pac movie. If the D.O.C. wasn’t mentioned in that movie, that’s not a real Pac movie. You see what I’m saying? … So if them n*ggas not in that movie and that sh*t wasn’t sanctioned by the people who grew up with Pac – I don’t believe, look, if a motherf*cker put an album out on me when I’m dead, man, don’t buy that sh*t. If a motherf*cker try to shoot a movie on me, and I’m dead? Don’t go see that sh*t, my n*gga. Let me rest, man. And I love Pac to death man, but let that man rest.”

This week, hip-hop executive Wack 100 called out people not criticizing 50 Cent for bashing All Eyez On Me. 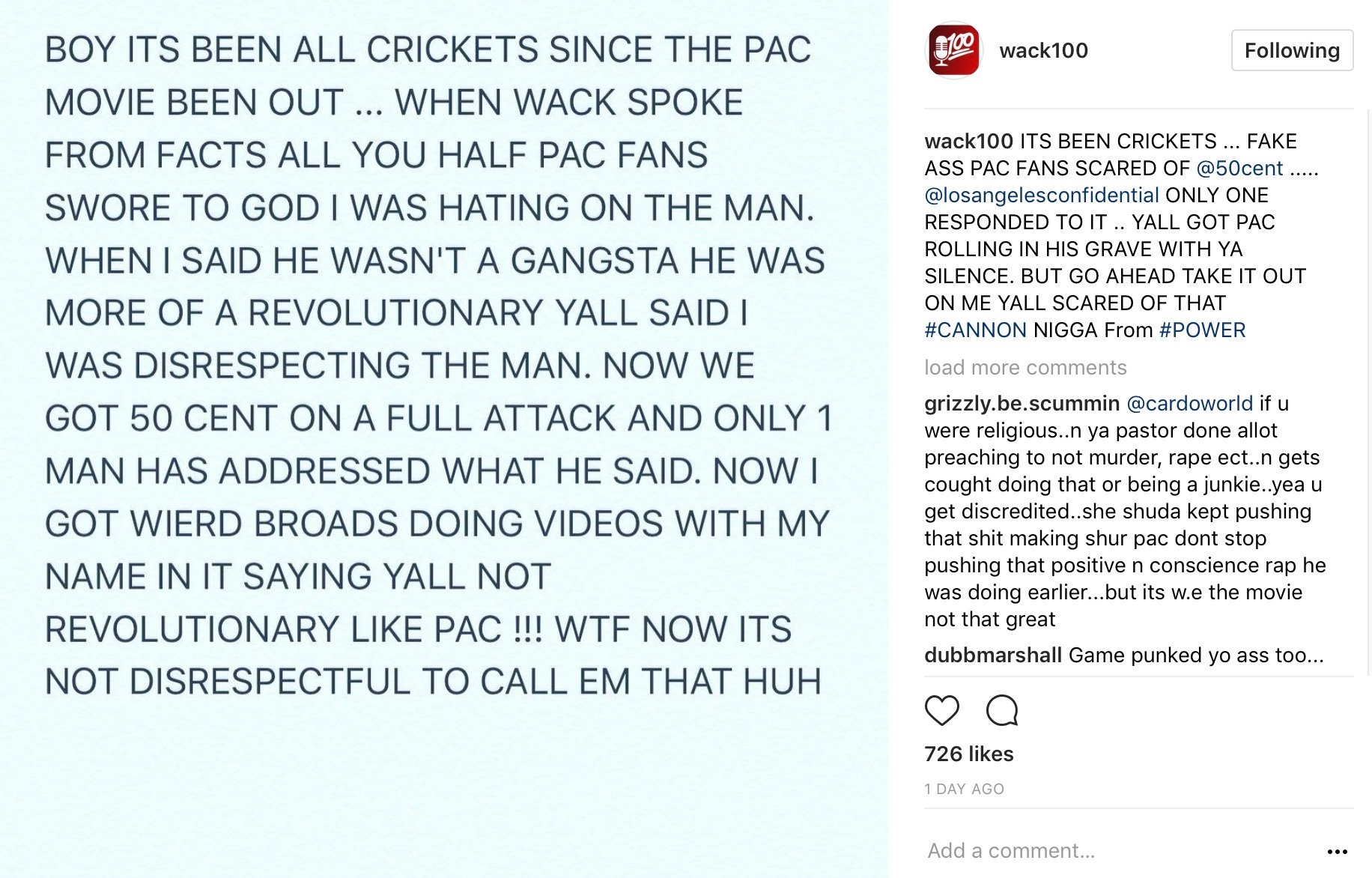 Over the past few days, 50 Cent bashed All Eyez On Me across Instagram. 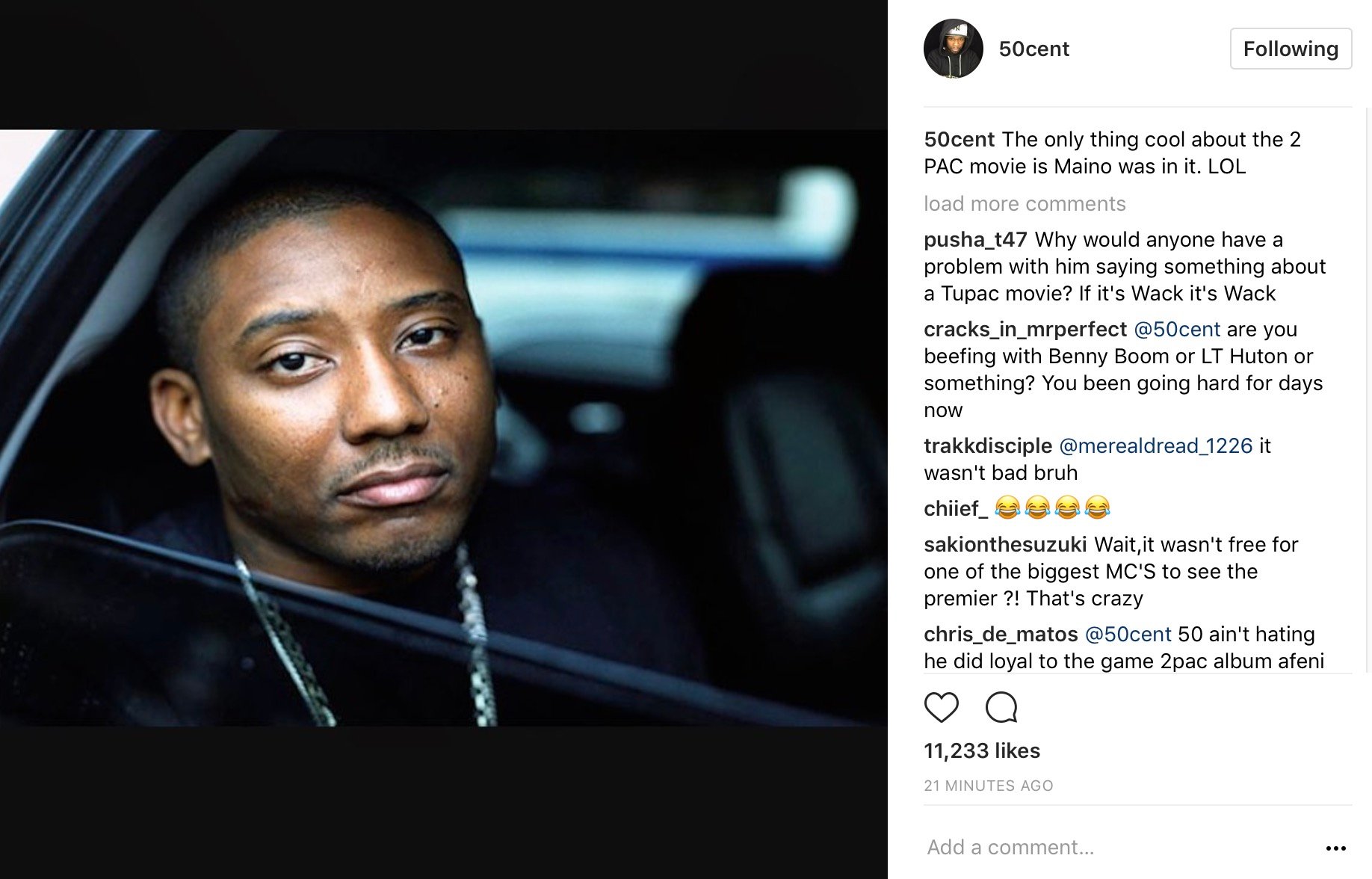 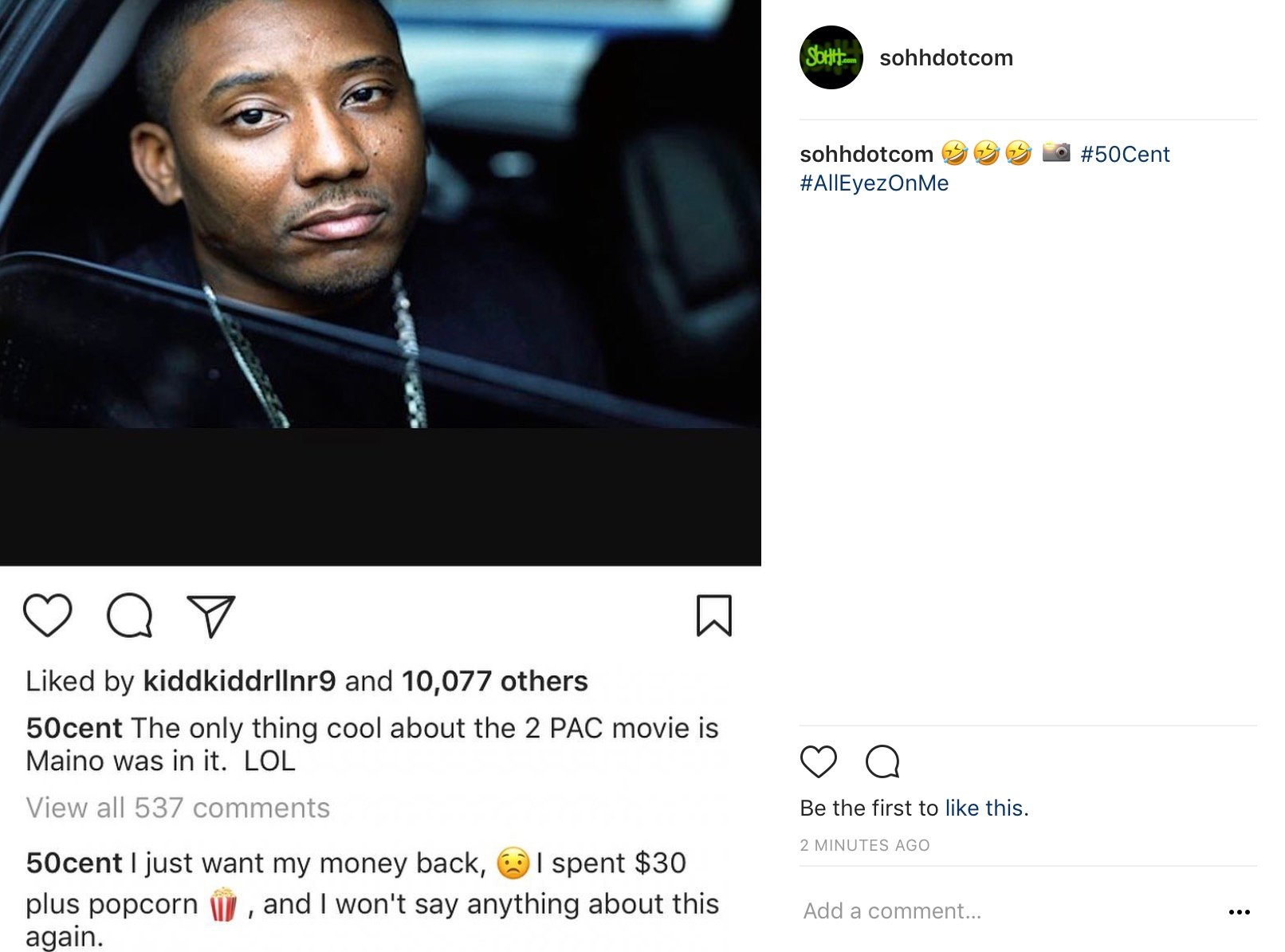 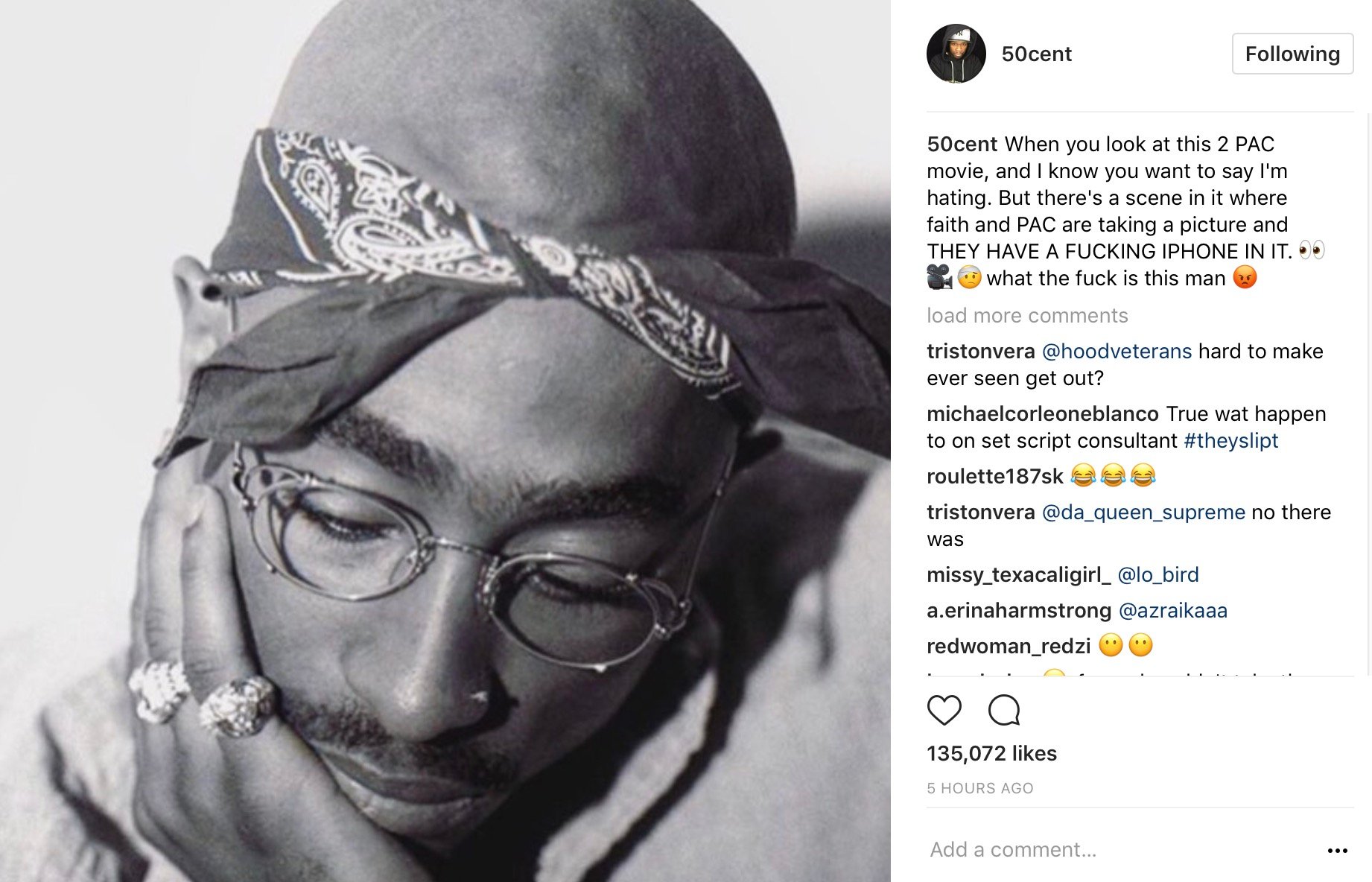 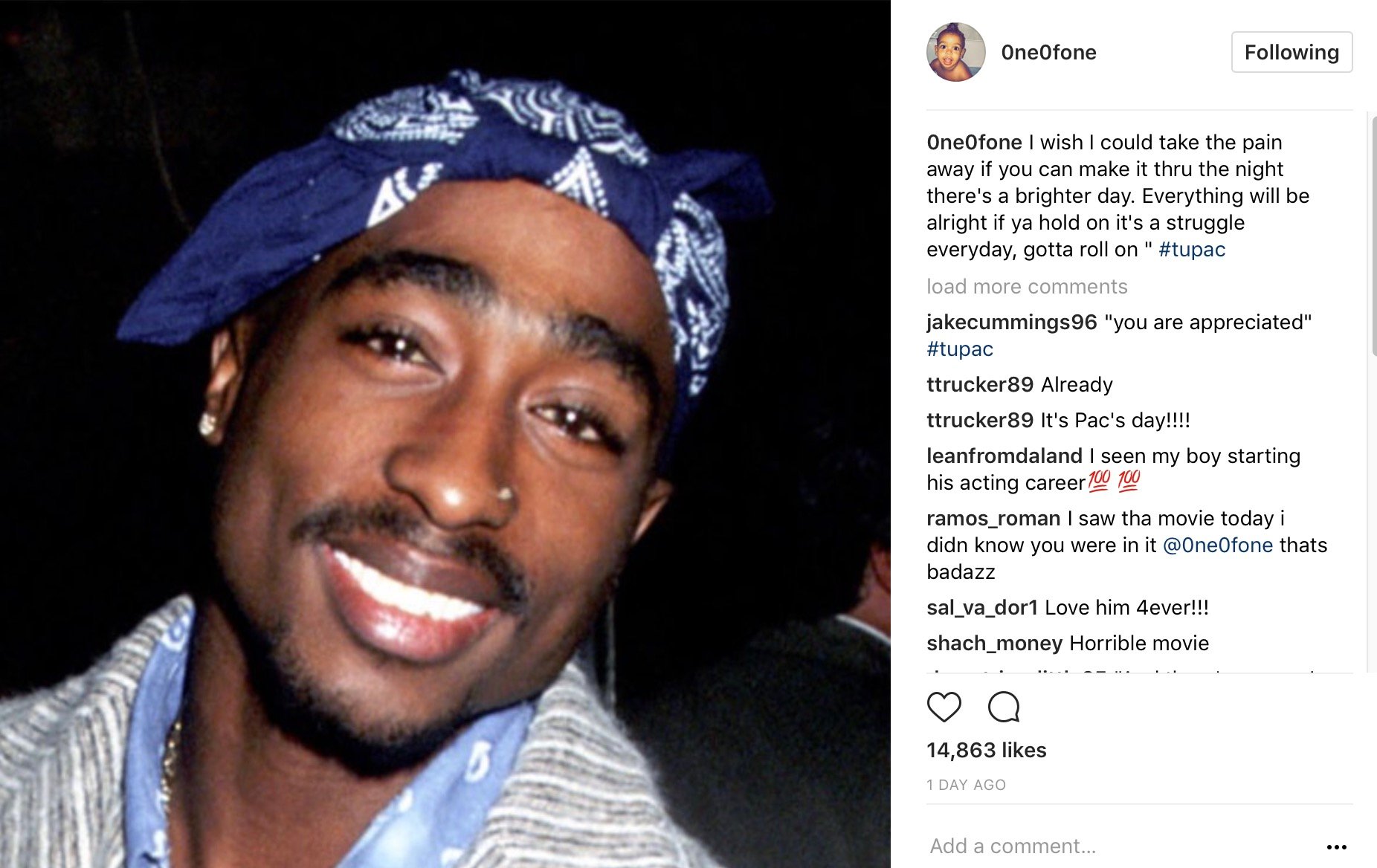 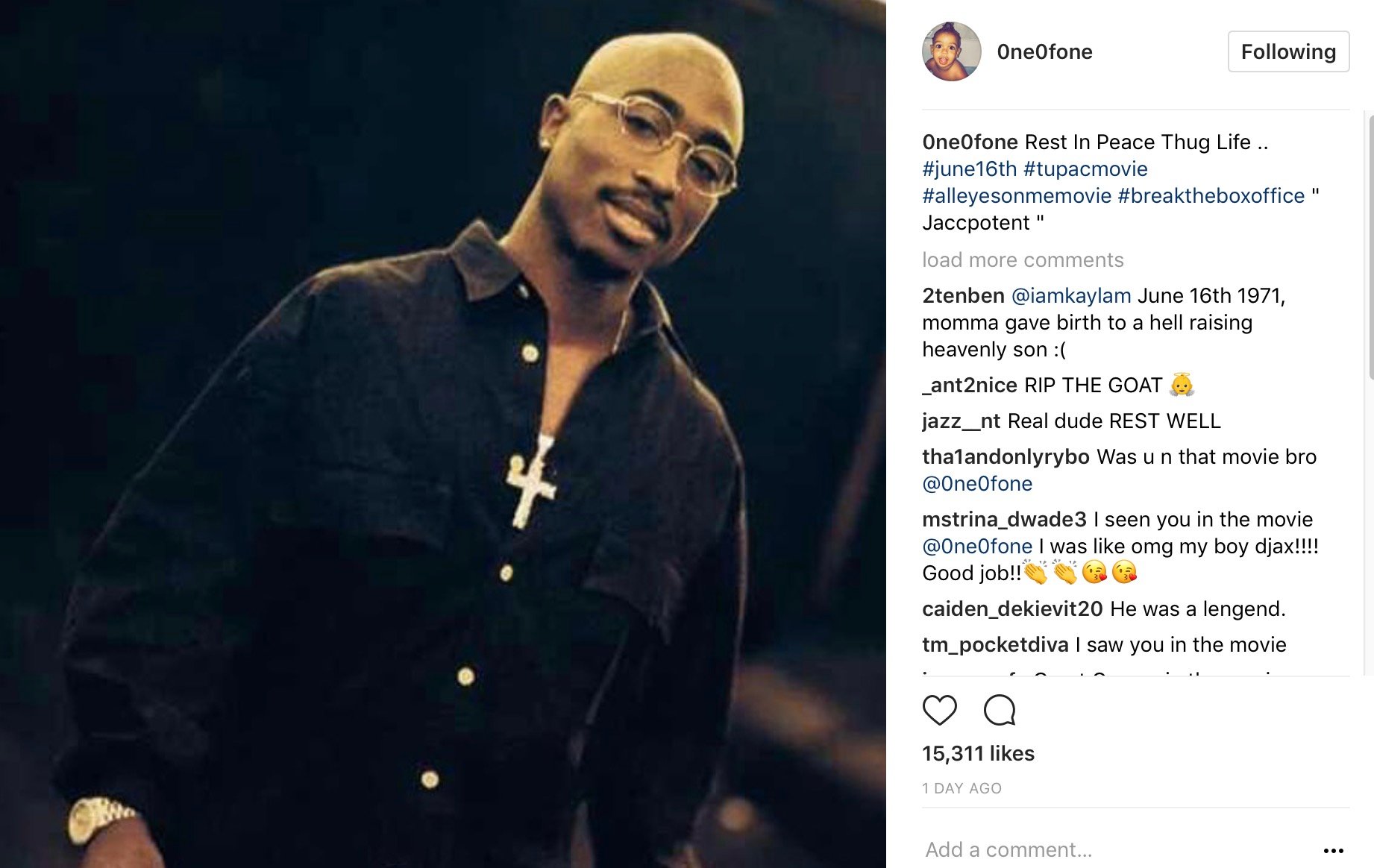 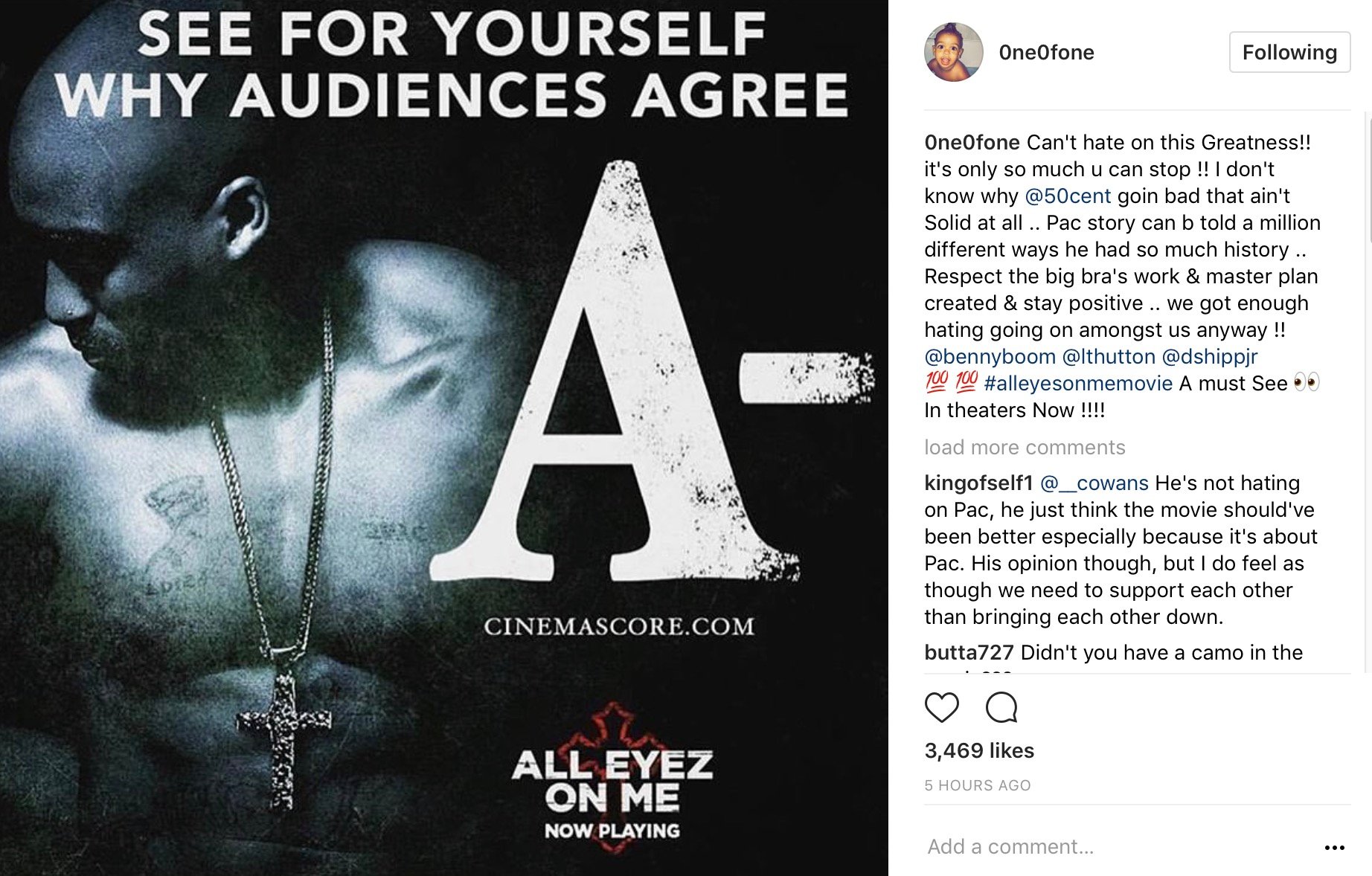