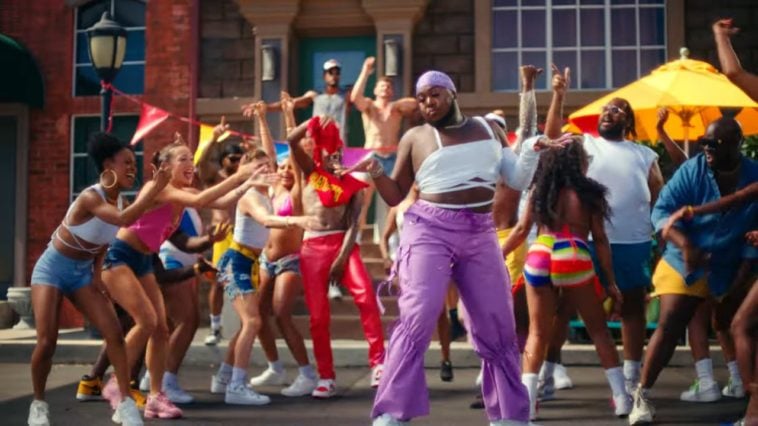 Saucy Santana finally released the video to his song “Booty.”

This is the first single the “Material Gworl” artist has released since signing a deal with RCA earlier this year.

In the video, the “Walk ‘Em Like A Dog” rapper donned the iconic denim shorts and white tank top as seen in Beyoncé’s “Crazy In Love” music video.

The artist teased the song first on Tik Tok, which went viral. This is not the first time a song by the “Outside” rapper went viral off of a snippet.

Songs like “Material Gworl,” “Here We Go,” and “Walk” have also trended on Tik Tok. He even included some popular influencers such as Nikita Dragun and Dennis.

As the video unfolds, viewers are introduced to a summertime block party where he brings out fellow rap artist, Latto.

This is not the first time the two have collaborated together. They have also worked on a song called “Up and Down” on Santana’s second mixtape Pretty Little Gangsta.

This is the first single that the “Shisha” singer has released after signing to RCA earlier this year.

The song addresses the overturn of Roe v. Wade, and many fans are accusing her of trying to market a serious issue.

One user on Twitter complained to the artist, saying, “using serious issues to promote your song is wild.”

Latto clapped back by replying, “Orrrr I took my frustrations to the booth like a RAPPER & using my platform to spread awareness.”

Comments Off on Saucy Santana Drops Video To His Single, “Booty” 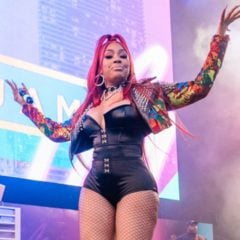 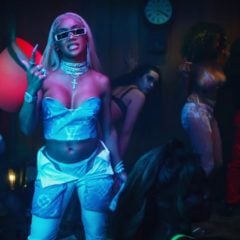