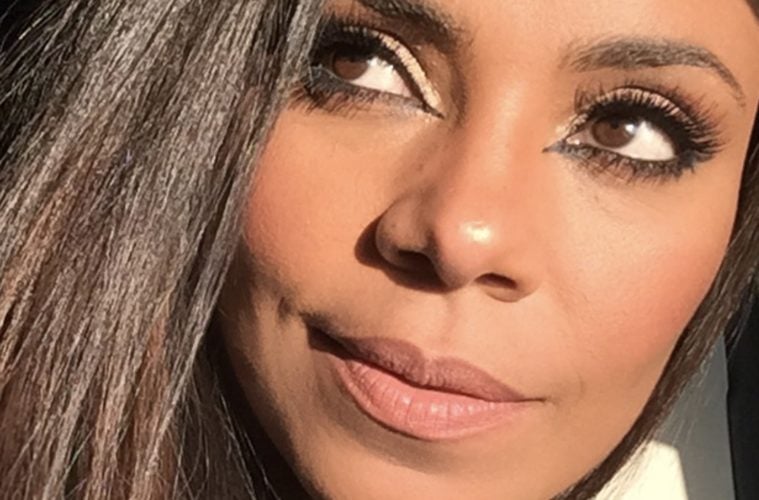 Hollywood star Sanaa Lathan is ending rumors once and for all. The high-profile actress has responded to rumors about possibly being the mystery woman who bit R&B diva Beyoncé at a past party.

Lathan went to her Twitter page Monday (March 26) to end the biting gossip.

Y’all are funny. Under no circumstances did I bite Beyonce and if I did it would’ve been a love bite 💋

Over the past few hours, the Internet has singled out Lathan as the top suspect for biting Queen Bey.

Sanaa Lathan when she find out we know she bit Beyonce face pic.twitter.com/1V3WlmDvGX

So far, y'all have said Lena Dunham, Sanaa Lathan, and Jennifer Lawrence have bit Beyonce lmao…..I swear, the truth isn't going to be this funny.

Blink once for first option.

Wow I literally logged off for like 30 minutes, reopened the app and the first thing I read is that Sanaa Lathan allegedly bit Bey. Lol wow twitter…wow

So all evidence is pointing to Sanaa Lathan being the probable BeyBiter. Just like figured. pic.twitter.com/WcpjYrm3QS

because it’s jay + bey, i can’t find much else. so out of all the people listed, only sara foster, queen latifah, and sanaa lathan are actresses. it’s between them or someone else who got in the afterparty unclocked.

“There was this actress there,” continues Haddish, keeping her voice low, “that’s just, like, doing the mostest.” One of the most things she did? “She bit Beyoncé in the face.” Haddish declines to name the actress. “So Beyoncé stormed away,” Haddish says, “went up to Jay-Z, and was like, ‘Jay! Come here! This bitch—’ and snatched him. They went to the back of the room. I was like, ‘What just happened?’ And Beyoncé’s friend walked up and was like, ‘Can you believe this bitch just bit Beyoncé?’ ” “And so then…,” she continues, “a lot of things happened.” (GQ)