R&B singer Sage The Gemini has his eyes set on Toya Wright. The music hitmaker has showered Lil Wayne‘s ex-wife with some unexpected social media love.

Screenshots have surfaced of Gemini giving Wright some major affection on Instagram Live. 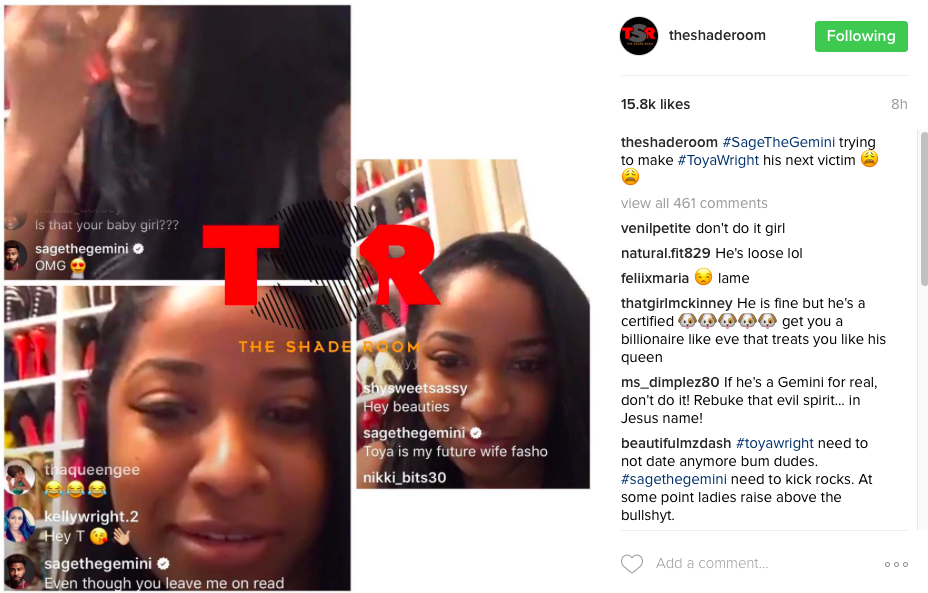 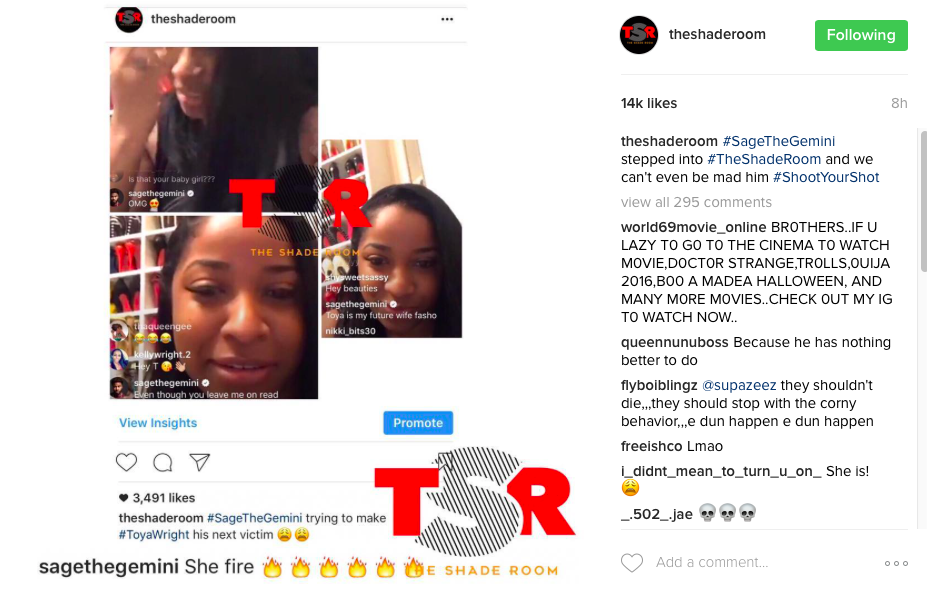 Earlier the same month, Wayne said he would die for Toya. 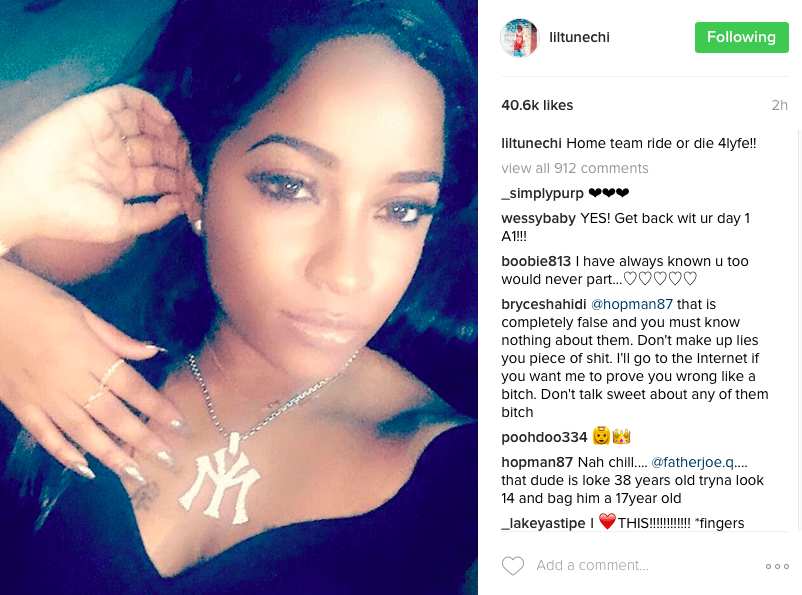 Weezy’s vow came shortly after Wright shouted him out on her IG page.