When asked about rap pal Game recently dissing Meek with an Instagram reference to him and Nicki, Safaree caved in about what caused the breakup.

When asked about this, SB revealed that The Game was onto something with that post. “[Meek] definitely was a big part as to why me and Nicki broke up,” he admitted. As far as the beef goes, Samuels says “The Game is a beast.” He adds: “‘Pest Control’ was one of the craziest diss records of all time in diss history. There’s nothing to make of it. It’s not even on no bias sh*t.” (Rap-Up)

Last month, Game claimed Meek hollered at Nicki while Safaree slept with other women on the side. 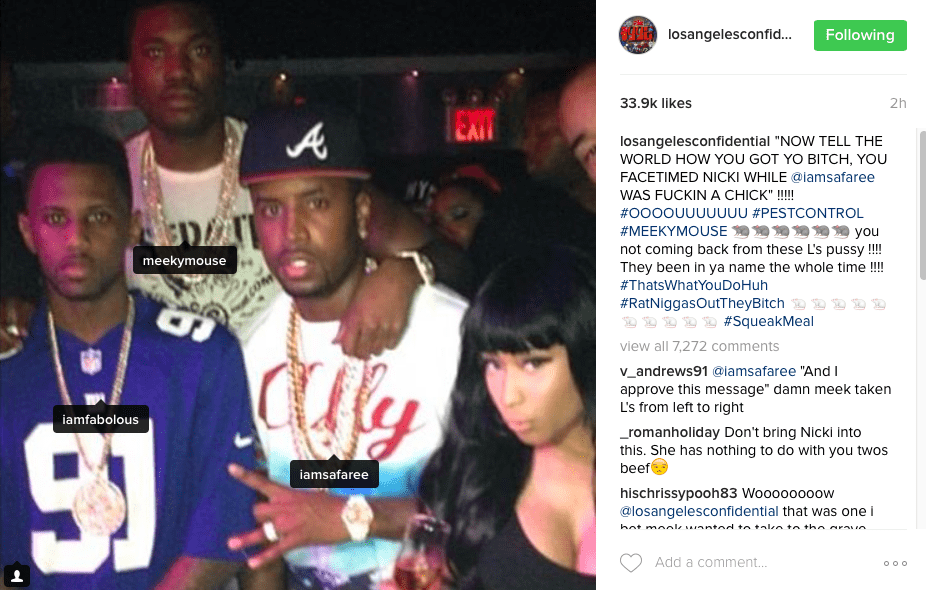 The viral jab caught the attention of Safaree who responded with a nod to Game.

Over the summer, Safaree updated fans on his status with Nicki.

“No, because I don’t see it being any different from the things that I’ve had to deal with in the past two years as far as having to deal with negativity and hate that comes toward me,” Safaree said when asked about being worried about any backlash. “I hear it but I don’t let it affect me. In the beginning, that stuff used to bother me, I’m not gonna lie. It takes awhile to build up your immune system, I would say, for this type of backlash. Every single person has an opinion about you. But at the same time, if they ain’t talking about you, you’re not doing something right, so I must be doing something right. I feel like that set me up for this.” (Billboard)