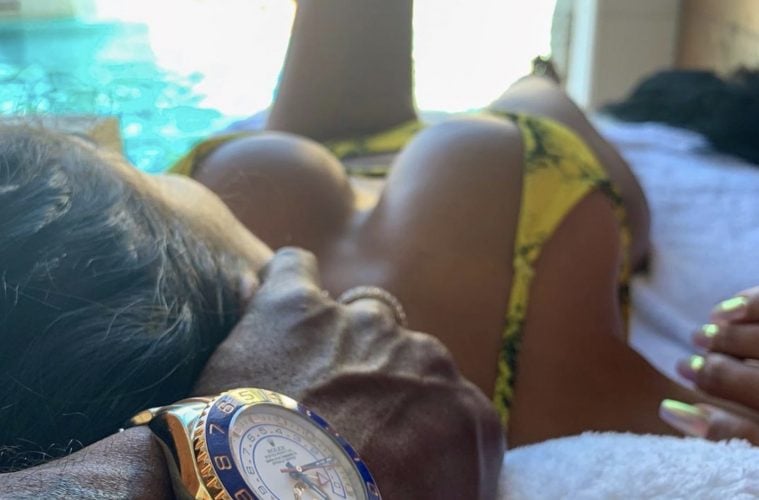 New York rapper Safaree Samuels is living his best life with his soon-to-be wife by his side. The hip-hop veteran has shared a shot of himself soaking in some serious summer vibes alongside Erica Mena.

This week, Safaree treated Instagram followers to a must-like shot of himself sitting poolside with his fiancée.

Over the past few days, SS has blessed his millions of Instagram followers with lifestyle shots of himself alongside Mena living their best lives.

Last week, Safaree revealed Mena bought him an iced-out Rolex for his birthday.

Recently, Safaree went to Instagram to deliver a friendly reminder to his peers about still Mena’s man despite breakup speculation.