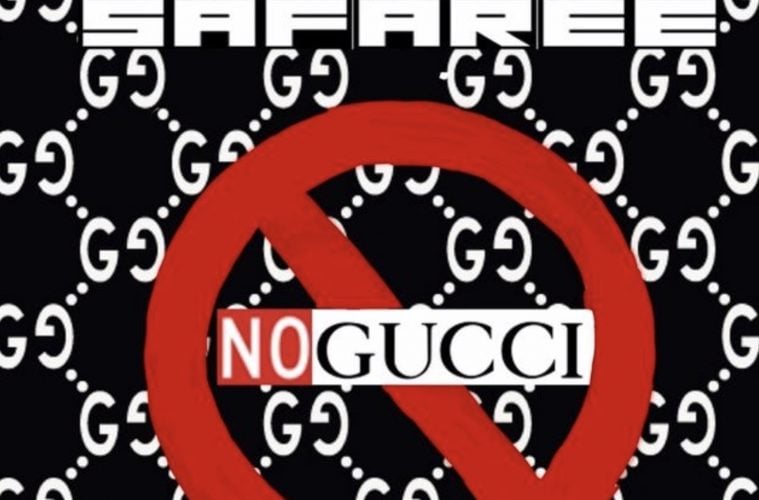 Safaree Co-Signs T.I. & Drops Gucci Diss Song: “No More Gucci From Me Either. You Lost A Loyal Customer”

New York rapper Safaree Samuels is done-done with Gucci. The hip-hop artist has come forward to blast away at the popular fashion brand following a controversial blackface sweater release.

No more @Gucci from me either… “No Gucci” Click link in bio now! 🎼🎼 you lost a loyal customer ‼️🔥 @traviskr8ts @andrewhypes @maestrodom279 #safaree #stuntgang

Yesterday, King of the South T.I. unloaded some insane smoke on Gucci for its racist L.

@gucci As a 7 figure/yr customer & long time supporter of your brand I must say…Y’all GOT US fucked UP!!! APOLOGY NOT ACCEPTED!!!! We ain’t going for this “oops my bad I didn’t mean to be racist and disrespectful towards your people” shit!!! Y’all knew wtf y’all was doin and WE AINT GOING FOR IT!!! We ALL GOTTA Stop buying,wearing,and supporting this piece of shit company And ALL PIECE OF SHIT COMPANIES UNTIL THEY LEARN TO RESPECT OUR DOLLARS & VALUE OUR BUSINESS!!!! Our culture RUNS THIS SHIT!!! We (People of color) spend $1.25 TRILLION/year (but are the least respected and the least included)and if we stop buying ANYTHING they MUST correct any and ALL of our concerns. That’s THE ONLY WAY we can get some RESPECT PUT ON OUR NAME!!!! I Don’t Give a Fuck if I gotta wear Target brand shit…. #FuckGucci

This week, Gucci issued a public apology for having a controversial blackface-looking sweater on its website.