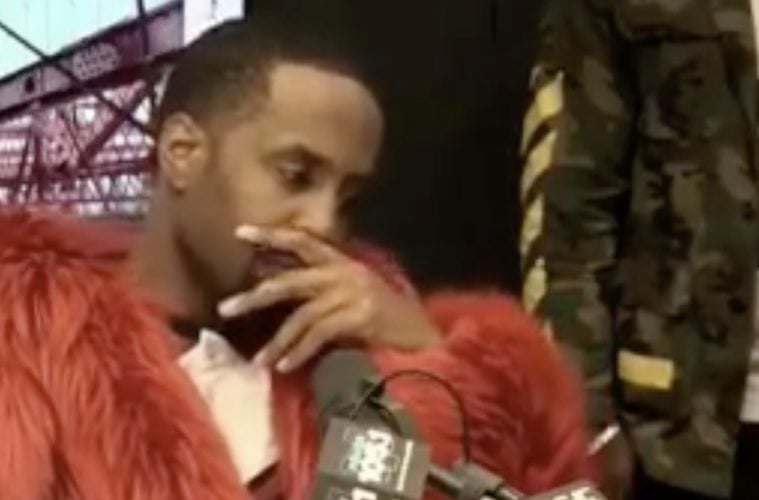 Safaree Breaks Down Before Angie Martinez Interview: “I Just Got Robbed At Gunpoint – Face Down On The Floor W/ A Gun To My Head”

Radio veteran Angie Martinez went to Instagram Monday (April 2) to share a sneak peek at Safaree getting emotional over his near-death experience.

“Um, I just got robbed at gunpoint. A couple hours ago. I just got robbed. Two dudes with guns ran up on me. They had me face down on the floor with a gun to my head. They just took everything.” (“The Angie Martinez Show”)

A few weeks ago, Safaree talked about learning ex-girlfriend Nicki Minaj kissed rapper Nas when he briefly stepped away at her “Right By My Side” video shoot in 2012.

Last month, Safaree admitted his manhood may have ultimately forced Nicki to stay with him.