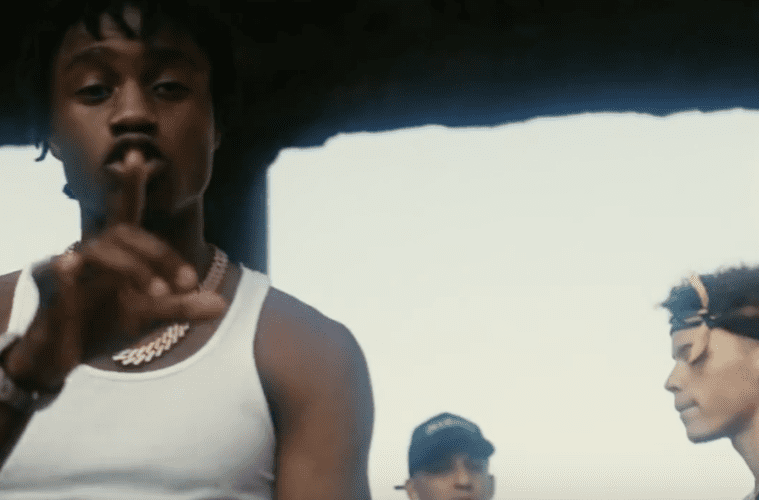 Rap artists Rvssian, Lil Mosey and Lil Tjay are in steady work mode. The hip-hop trio have come through this week with their new “Only The Team” music video premiere.

On Friday, the star-studded anthem and visual premiered across social media. The rap rookies made sure to plug the music video on their Instagram pages.

“Only The Team video out now‼️ @rvssian @liltjay 🔥🔥🔥” -Lil Mosey

“‘ONLY THE TEAM’ out now‼️ @liltjay @lilmosey link in bio”

On Thursday, Lil Mosey surprised fans with a must-see “Blueberry Faygo” premiere. LM came through with a few celebrity cameos in the visual.

Directed by Cole Bennett, the visual provides a great deal of escapism as Lil Mosey enjoys a vibrant and sunny pool party. Bennett manages to incorporate everything from synchronized swimmers to an enormous balloon pit as Lil Mosey showcases his more jovial side. The video, shot at the renowned Hype House, also features TikTok influencers Addison Rae and Lil Huddy. Both dancers played a major role in helping the song to go viral.

Over the past few weeks, Mosey’s record has blown up on the music charts. It also arrived after he dropped a debut album in mid-fall 2019.

Since its February release, “Blueberry Faygo” continues to climb the charts, boasting impressive stats. Jumping 15 slots from last week, the single now sits at #38 on Billboard’s Hot 100. It also holds the #20 position on the Hot R&B/Hip-Hop Songs chart; a 13 slot increase from the previous week. The single is now #3 on the Spotify US Chart. Produced by Callan, the track features a subtle sample of Johnny Gill’s “My, My, My.” The situation marked the end of a wildly exciting year for the artist who released his debut album in November before embarking on the duly-titled Certified Hitmaker World Tour. The project peaked at #12 on the Billboard 200 and featured appearances by Gunna, AJ Tracey, Trippie Redd and Chris Brown.

Earlier this month, Mosey broke down the meaning behind his massive hit. He also dished on the song’s creation and some of its witty wordplay.