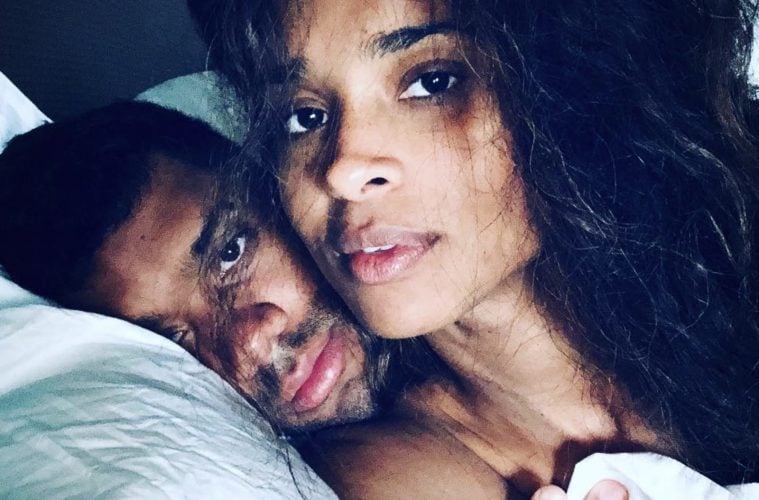 NFL star Russell Wilson and Ciara are going all-out this Valentine’s Day. The duo have flooded their social media feeds with gushy shout-outs to one another.

Russ and CiCi both hit up their Instagram pages Thursday (February 14) to acknowledge Cupid’s Day.

You always make me smile and laugh. I love how I can always be myself with you. My sweet valentine. @DangeRussWilson I love you sooo much my #GreatestLove ❤️

Ciara’s ex-fiancé Future recently made headlines for going ghost on a pre-Grammys show he and Russ attended.

Eyewitnesses at Clive’s Beverly Hilton bash Saturday night — which was a who’s who of Hollywood event ahead of Sunday’s award show — tell us Future was booked to perform, but hightailed it when his team realized his ex-fiancee and her new hubby were in the front row. Our sources — who were present during the exchange — say someone in Future’s camp accused the event organizers of being “messy” by having Ciara and Russ there, and said their guy wouldn’t perform. We’re told Future was briefed about it outside, and then dipped. (TMZ)

However, some reports claim Future might have pulled the plug on showing up due to a behind the scenes incident not related to CiCi/Russ.

Our Future sources say the show was behind schedule by nearly an hour, and he and his team were instructed to shorten his performance significantly, which, we’re told, Future wasn’t down with. We’re told he had no idea Ciara or Russ was there. (TMZ)

In a recent interview, Future suggested CiCi has her husband and NFL star Russell Wilson on a leash.

“He do exactly what she tell him to do. I feel like, I don’t have no feeling toward him. He not being a man in that position. He not being a man at that point. He not tellin’ her, ‘Chill out with that on the internet. Don’t even talk to him. I’m your husband! You better not even bring Future’s name up!’ If that was me, she couldn’t even bring his name up. She know that. She couldn’t even bring her exes’ names up. I don’t care what they gave you, don’t say nothing. Don’t give that sh*t no energy.” (Apple Music)