Def Jam co-founder Russell Simmons is sticking up for NFL star Brandon Marshall. The music mogul has announced he will offer the Denver Broncos player an endorsement deal. 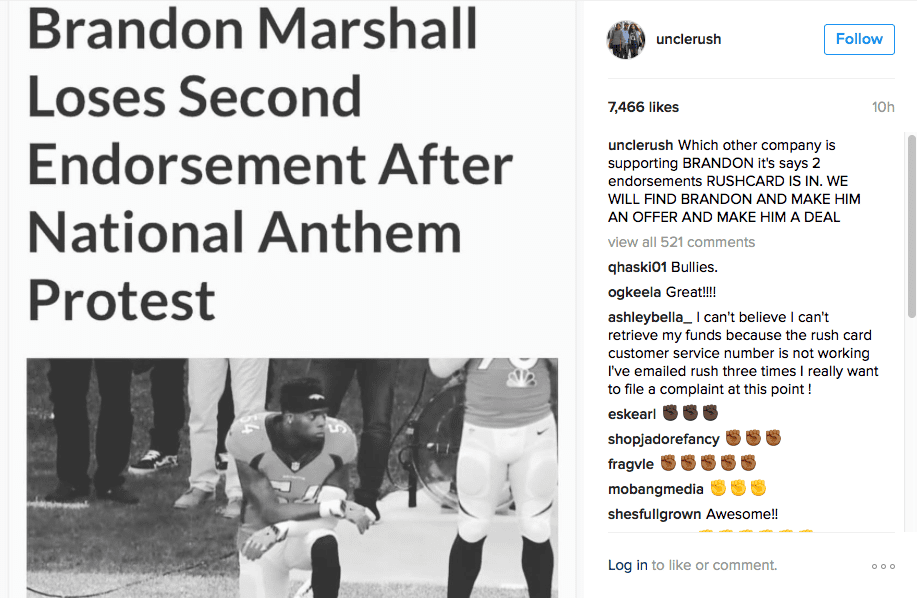 Over the past few days, Marshall has spoken up for protesting the national anthem in support of social injustice awareness.

They got me lol

For everyone who's questioning my patriotism

Following last Thursday night’s thrilling 21-20 win against the North Carolina Panthers, Marshall spoke out on his decision to kneel.

“I thought about it all the way up until when the lady was going to start singing,” Marshall said after the Broncos’ 21-20 win. “I was like, hmm, they’re going to get on me. At the end of the day, I’m definitely good with my decision.” He thought it through because he understood there are strong feelings on both sides. He said the only teammate he talked about it with was tight end Virgil Green, who told him, “be ready for everything that comes at you.” Marshall said he checked his phone briefly after the game, before talking to the media. He saw what he called “hate comments.” “To me, that’s exactly what we’re talking about,” Marshall said. (Yahoo! Sports)