Russell Simmons Keeps It 100: “Locking Arms & Staying In The Locker Room Hiding Is For B*tches”

Music mogul Russell Simmons is not biting his tongue. The hip-hop executive has come forward to share his thoughts on this Sunday’s public protests against President Donald Trump.

Simmons hit up Twitter Sunday (September 24) to speak up on NFL players kneeling and locking arms in protest of Trump. 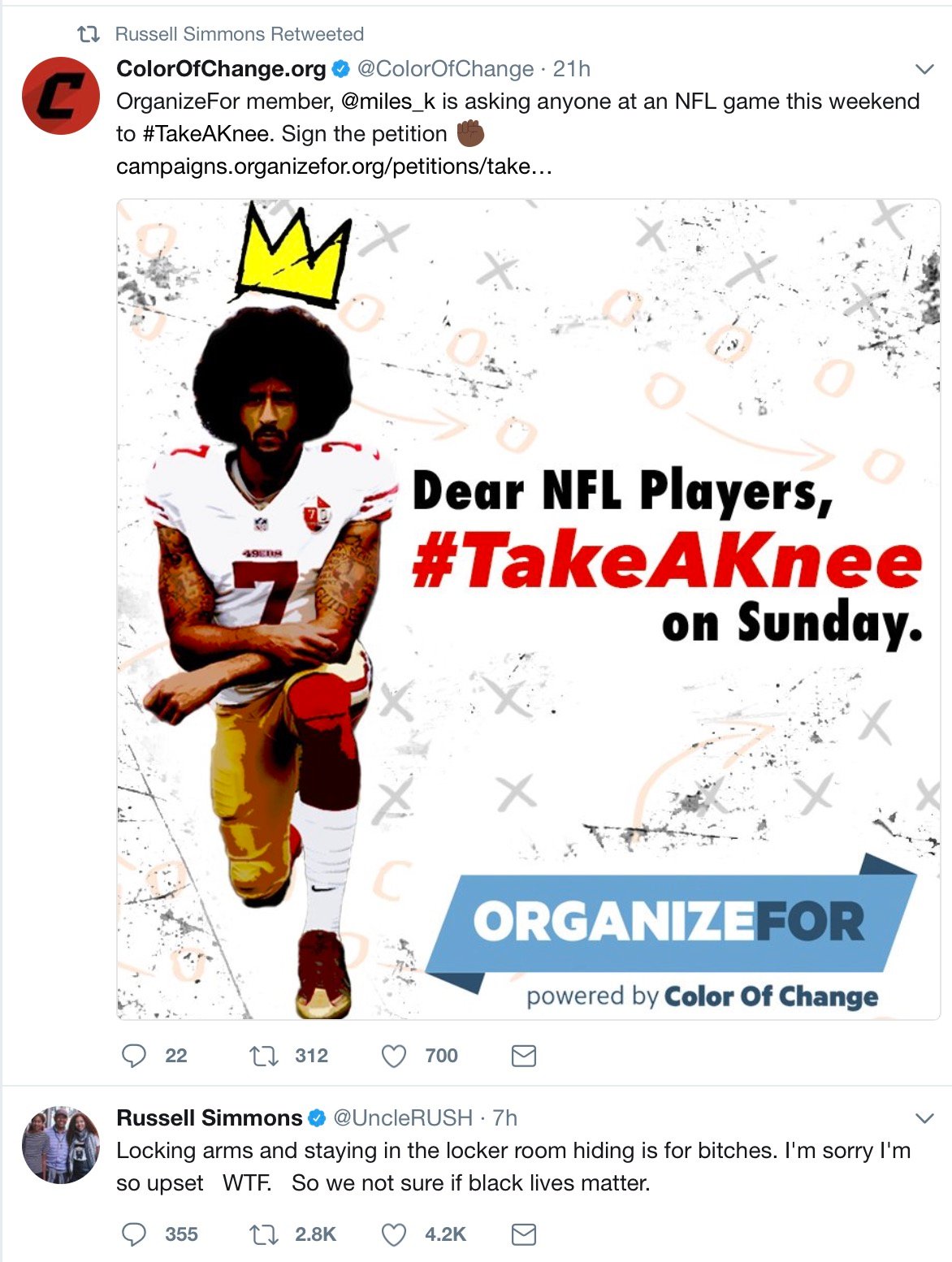 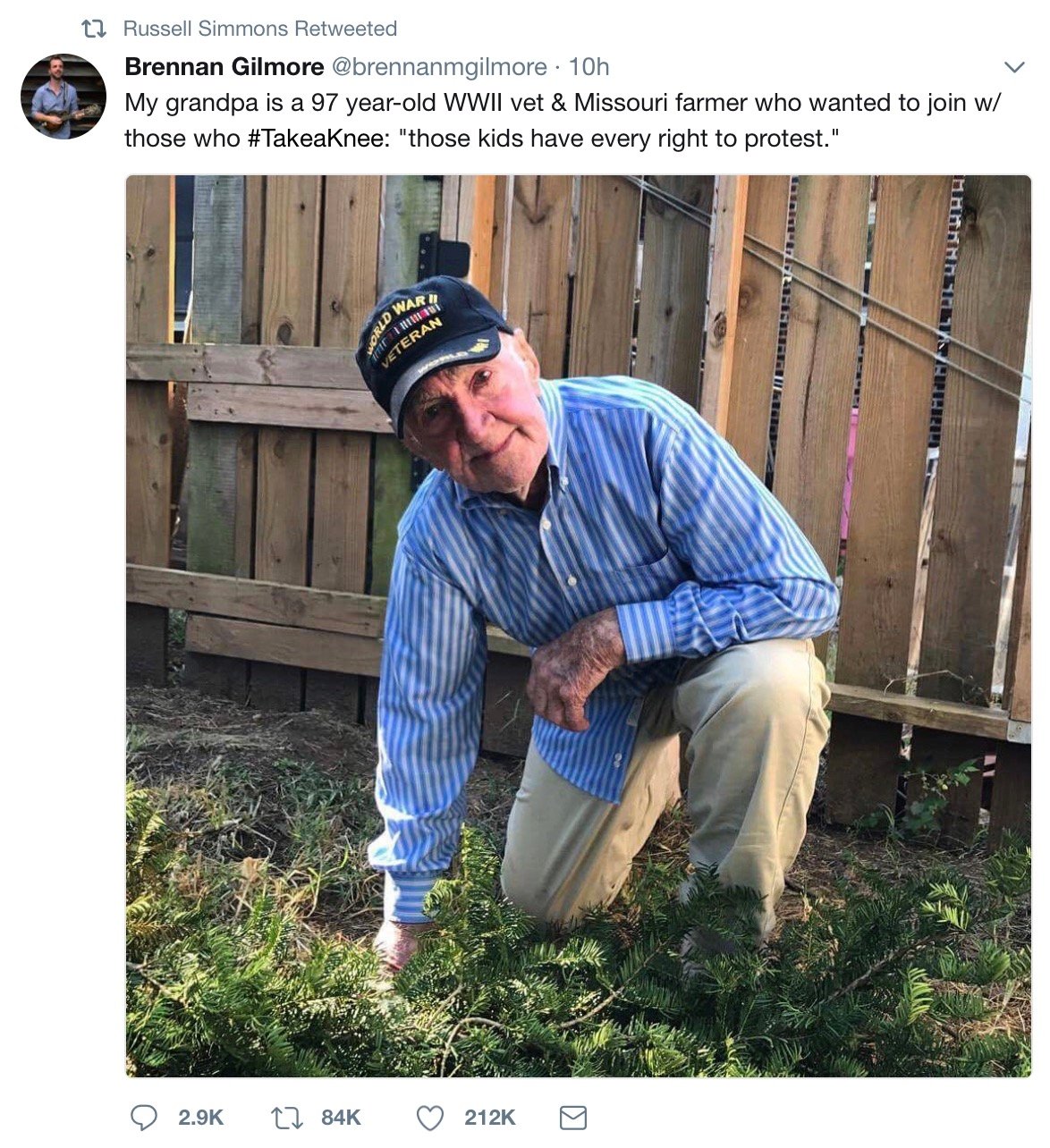 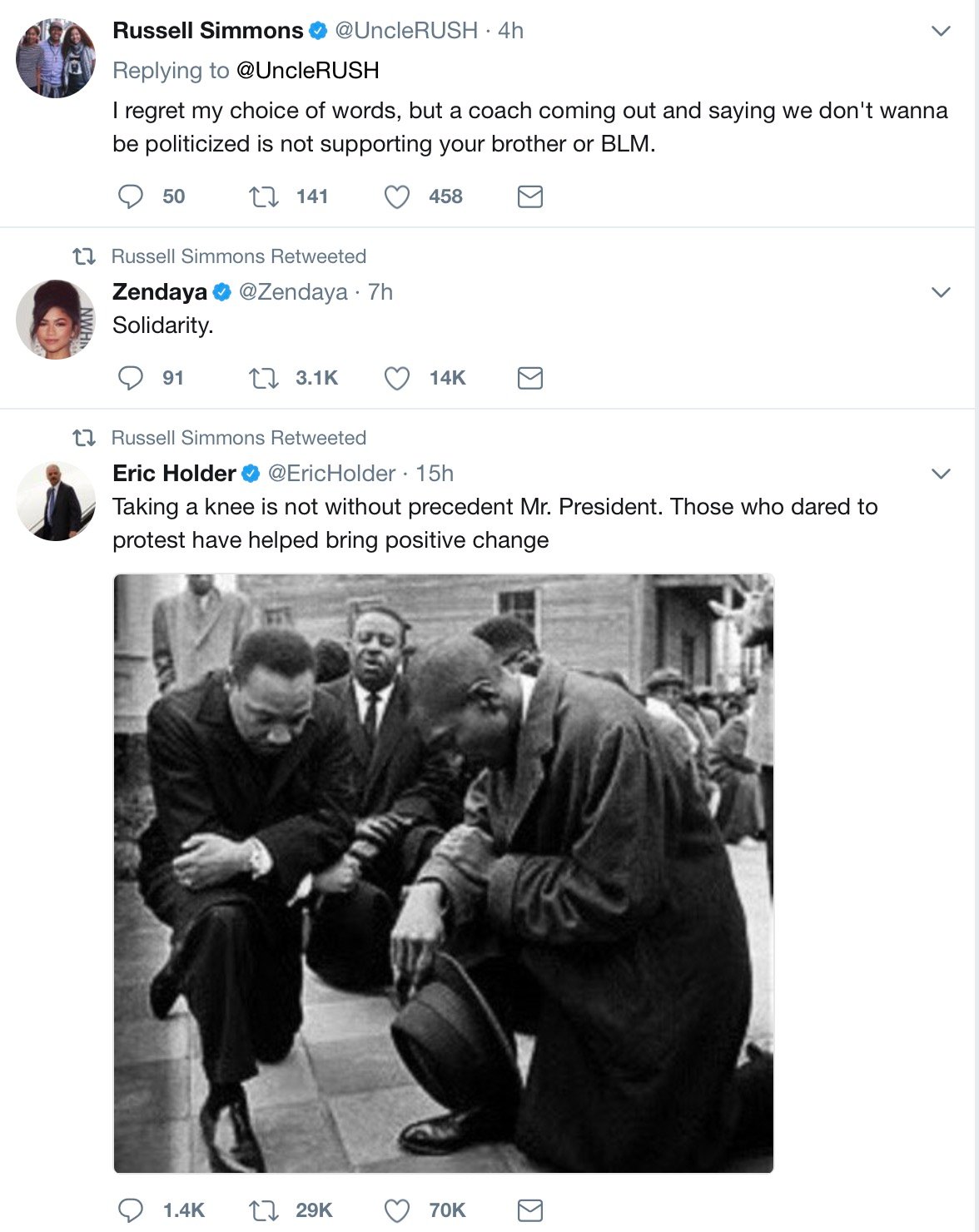 Earlier today, the Baltimore Ravens and Jacksonville Jaguars protested the National Anthem ahead of their London game.

Many players from both teams kneeling during anthem in London, arms linked.

Multiple players on both the Baltimore Ravens and Jacksonville Jaguars took a knee during the national anthem in the first NFL game today pic.twitter.com/lSz7IcwhBm

A multitude of #Ravens and #Jaguars players kneeling during the National Anthem this morning, the rest of the team locking arms in unison pic.twitter.com/c97tPS9PxC

Along with kneeling, a grip of players also locked arms during the televised moment.

Almost all of the Jags’ on-field and sideline personnel could be seen locking arms during the American national anthem, including owner Shad Khan. Some players stood while others knelt. Footage showed several Ravens kneeling for the anthem penned in their hometown as well. (Fox News Insider)

From the @sfchronicle’s Santiago Mejia, here is A’s rookie Bruce Maxwell becoming the first MLB player to take a knee for the anthem: pic.twitter.com/q8QVY9hW15

This now has gone from just a BlackLives Matter topic to just complete inequality of any man or woman that wants to stand for Their rights!

Inequality is being displayed bigger than ever right now as our president shows that freeedom of protest and speech is not allowed..