Music mogul Russell Simmons might want to call up A$AP Rocky before shooting his shot with supermodel Chanel Iman. Social media is buzzing over Simmons appearing to kick game at the gorgeous vixen.

A screenshot has surfaced of Rush bowing down to Chanel’s beauty in a steamy bikini pic. 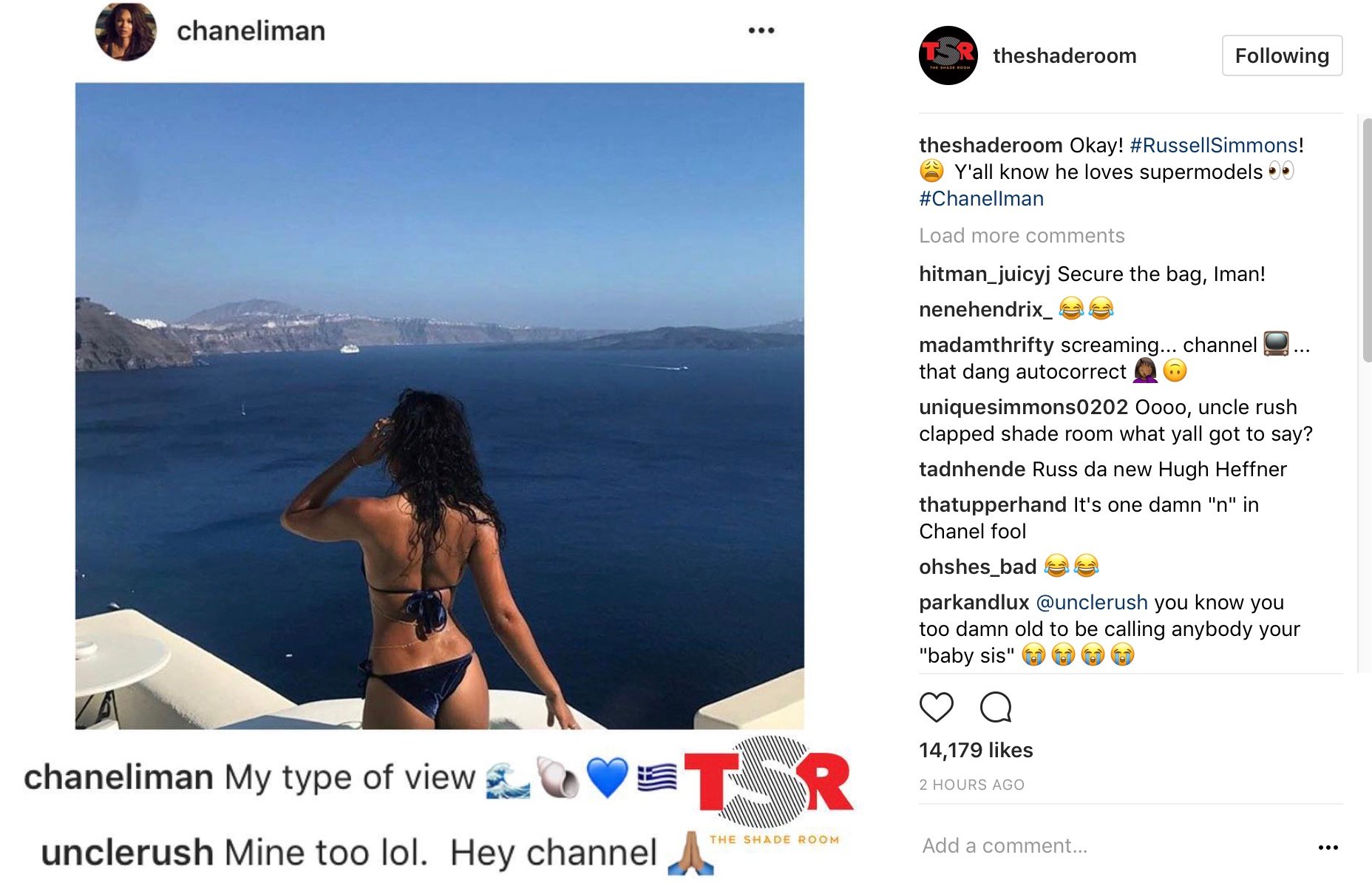 A couple years ago, A$AP Rocky talked about his split from Chanel.

“That’s my best friend,” Rocky said right off the bat. “You’ve gotta be mature, to be in this type of predicament and have a relationship. I never really talk about these kinda things, about her, and she never really talks about me so I’m not really gonna say much on the subject but she’s happy and thats all I want — I want her to be happy.” (MTV)

Rocky also revealed their relationship came to a sudden end months prior.

“Me and Chanel broke up in June [2014] and I got really depressed, because I knew that she deserves better than me,” he admitted. “And that’s the truth. Everybody knows it. I don’t wanna be the guy to Lauryn Hill her — if you know what I’m saying. I love her so much that I would rather not be with her, than hurt her.” (MTV)

In October 2014, details surfaced on Rocky and Iman’s separation.

“They are no longer together. This happened about a few weeks ago,” a source told E! News exclusively. “It was just not working out with both of their busy travel schedules.” The source added, “Time away from each other played a big part in the breakup.” (E! Online)