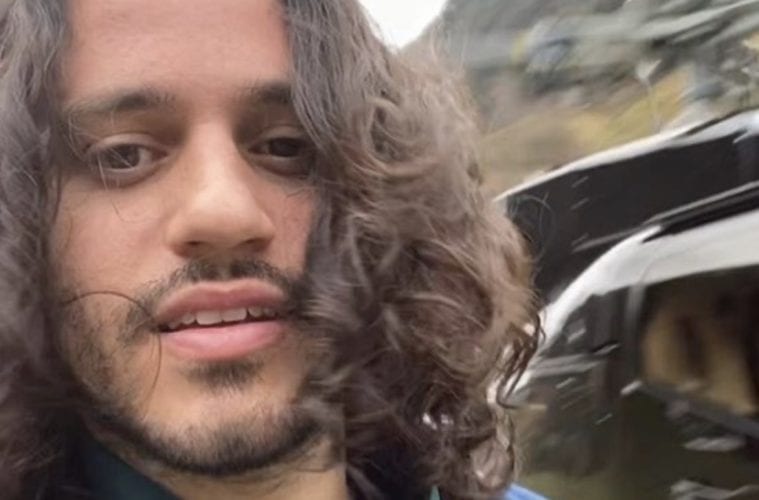 New Jersey rapper Russ might need to see a rap artist’s tax returns before entertaining a feud. The hip-hop star went online this past weekend to dish on what it will now take for him to clap back at his peers.

Heading into Monday, Russ jumped on Twitter and shared his state of mind. He said musicians would have to be chart-topping and able to packed stadiums before engaging in a dispute with them.

“I’m sittin here thinkin how the last time I toured America was 2018….the next time (hopefully) is 2021….y’all know how crazy that tour is gonna be?!?! … It’s 2020. New decade. As of today, I am no longer arguing or beefing with any rapper who can’t sell out an arena and/or go platinum by themselves God bless!!” -Russ’ Twitter

Over the weekend, Russ reflected on his pre-quarantine lifestyle. Specifically, he remembered being able to tour the world with tons of fans in attendance.

“I got the best fans in the world. Let the internet tell it and you would think my shows are 5 people booing 🤣🤣 I love y’all. Worldwide y’all show up. No openers (so far) and y’all have SHOWED me how much y’all really fw me. Means the world. This a new chapter too. C u soon” -Russ’ Twitter

A few weeks ago, the rap star went to Instagram to break news about his new independent hustle. He also celebrated the news by showing a pic of his mom standing in front of a luxury Bentley whip he put her in.

“Here to officially announce that I’m back 100% independent. Y’all know what that means right 👀👀👀 🎶🎶🎶 … Mannion thought it would be dope to mimic the back cover of shake the snow globe. That’s all. Stop being weirdos … He’s in the Illuminati!!! Omg!!! Occult!!! Wtf!!! 😑😑😑 get outta the YouTube wormhole. It’s a damn picture lol” -Russ’ Instagram

“I JUST PUT MY MOMMA IN A BENTLEY” -Russ’ Instagram

“The way things work now and days , they are designing contracts to keep artist in debt . How are your kids kids suppose to eat from the fruits of your labor if the label makes 5 times the money you making… But you as the artist are bringing in all the money . 🧐🧐 ima fix this … Luckily for me I’ve exceeded a 5 album deal and I’m fully independent … but going through this I know that at least 80 percent of the industry is in some sort of deal where they are not being fully compensated for they work .. and no diss either that’s just how it works . … Ima go on live Later this week and put the seminar up and I’ll explain to y’all the REAL … because as much as I can keep the secrets for myself … but I’d rather my peers and UPCOMING ARTIST not get F*CKED in these contracts anymore … I’ll keep u posted on the date .” -Tory Lanez’s Twitter