According to reports, Rob K has stuck to an intense diet since Chyna publicly entered his life.

Rob Kardashian is sticking to a strict diet — no fast food, regular workouts and lots of Blac Chyna … and friends think it’s already helped him shed about 40 lbs. We’re told Rob’s also cut out red meats and carbs while hitting the gym 5 times a week with a trainer … plus additional workouts with Chyna. We’re told the couple made a “no cheat days” vow, and they’re motivating each other to stick to it. (TMZ)

Recently, Rob’s celebrity sister Khloé Kardashian revealed how much she missed her brother on social media. 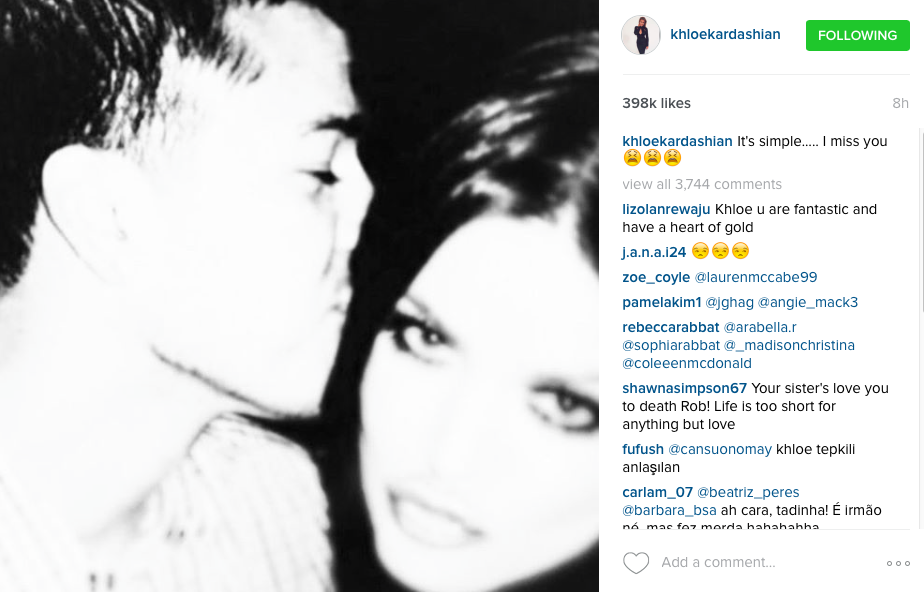 Blac Chyna showed off her decked-out Valentine’s Day present from Rob on Instagram earlier this month.

Vibes from my Valentines Day gift from my baby | Hair @kendrasboutique

“Love them, love them together,” Rose said about Blac Chyna and Rob Kardashian dating. “[The Kardashian sisters are not happy?] How do you know, did you talk to them. The ‘media,’ the crazy media that’s f*cking taking sh*t [out of context]. I don’t know, you gotta ask them. All I’m saying is that, you know, if you don’t know for a fact, then you shouldn’t report it. I do [like them together] and I love Rob. [Is Blac Chyna good for Rob?] Yes. Absolutely.” (TMZ)