Reality TV couple Rob Kardashian and Blac Chyna have received the green light. ChyRo are heading back to the small screen for the second season of their “Rob & Chyna” series.

According to reports, E! has ordered eight episodes of the second season to premiere next year.

The September 11 premiere episode of Rob & Chyna, which follows Rob Kardashian and Chyna Blac, his fiancée and mother of their newborn daughter Dream, remains cable’s most-watched unscripted launch of 2016 among adults 18-34, women 18-34 and women 18-49 according to E! and Nielsen stats. “Rob and Chyna’s romance struck such a chord with our viewers, who were engaged in their story even before we started filming the first season,” said Jeff Olde, EVP, Programming & Development, E! “We are excited to share the next chapter of their story.” (Deadline)

“They’re getting married! [And] there’s a date,” Mosley told Us, though he added that he was “not at liberty” to disclose the exact wedding date. A source adds, “They are planning on getting married next summer but haven’t planned anything else. They want to work it out with E! for another season of the show first.” (Us Weekly)

A few days ago, buzz developed about the Kardashian sisters trying to get Chyna blocked from trademarking their name.

Chyna’s mom Tokyo Toni went to Instagram last Friday (December 9) and rode behind the curvy vixen in light of the trademark drama. 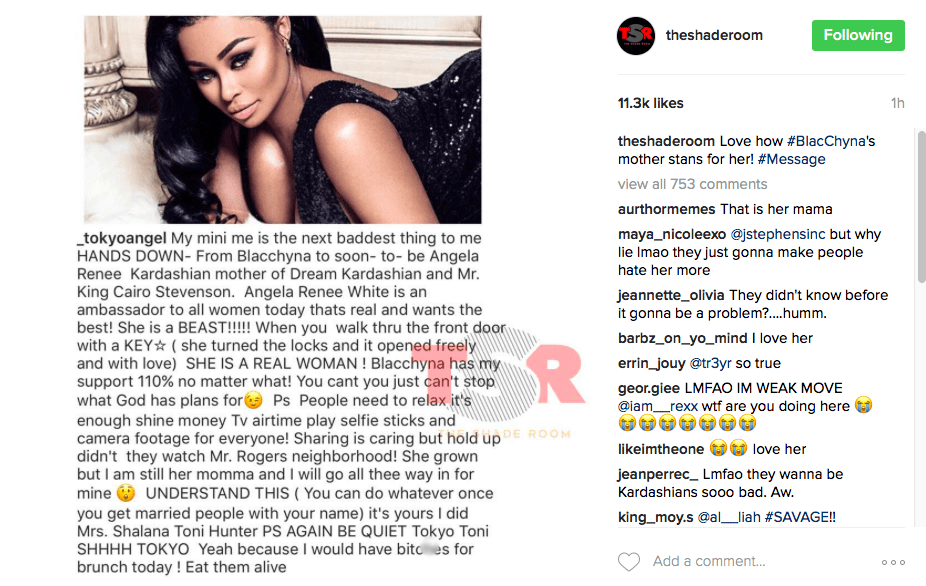