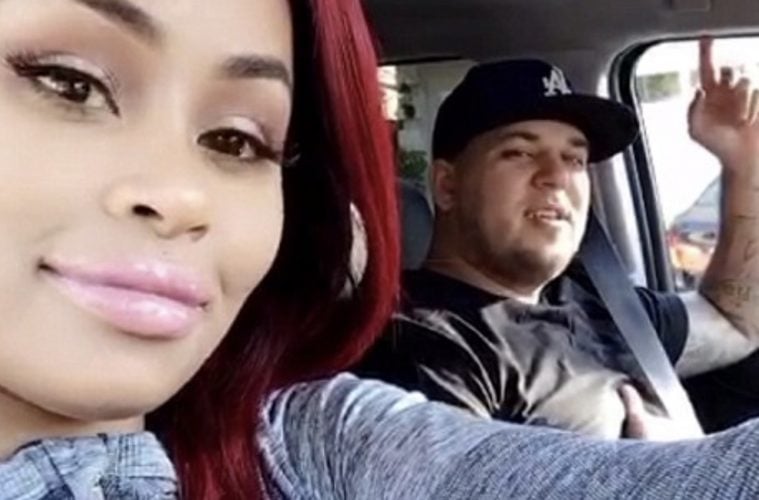 Reality TV star Rob Kardashian and Blac Chyna can finally exhaled. The former engaged couple have come to terms with one another in a publicized child support war.

According to reports, Rob K and Chyna have come to terms with a final custody agreement for their two-year-old daughter Dream.

We’re told Rob and Chyna will split custody 50/50 … though Rob will likely have his daughter more of the time. What’s really incredible … Rob was paying Chyna $20K per month in support and now he’ll pay nothing. Our sources tell us the agreement states each parent will only pay for Dream’s needs when she’s with them … and things like medical expenses and school will be split down the middle. (TMZ)

A few weeks ago, Chyna shared footage of herself clocking in mommy duties with her children.

In 2018, reports emerged about Chyna and Rob having an agreement about who gets their daughter Dream.

We’re told the former couple manages their 50/50 split like this — 4 days with one parent and 3 days with the other … and they switch that up week-to-week. Sometimes there’s scheduling conflict with either Chyna or Rob, but they’ve learned to pivot without any real drama. A big reason for their success … nannies!!! We’re told both Rob and Chyna have their own who handle all the baby hand-offs. (TMZ)

During the same time frame, Kardashian had gone head to head with a court battle for how much he had to pay Chyna in child support.

Here’s the thing … Rob and Chyna intensely dislike each other, but they have figured out a way to wall off their feelings when it comes to their daughter. As we reported … Rob’s gone back to court asking a judge to lower his child support payments, which had been set at $20k/month. We’re told Rob had planned to request the payments be chopped down from the get-go, and only agreed to the hefty child support to get Chyna to back off her domestic violence claims … which could’ve hurt him. (TMZ)