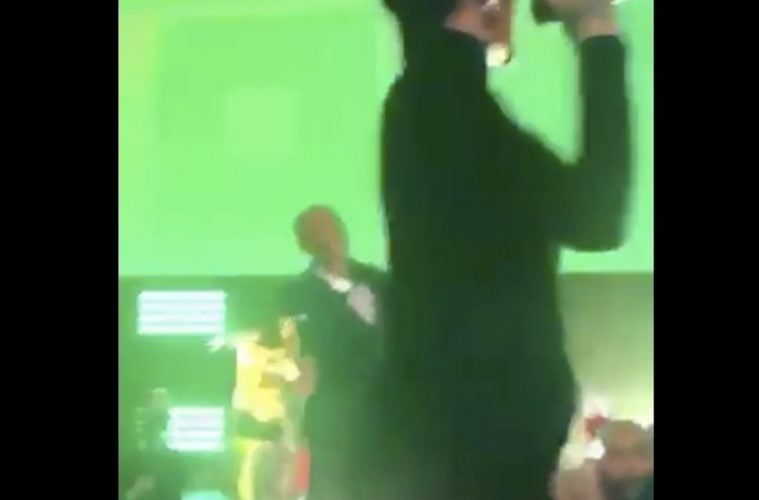 The buzz speculated at last night’s annual Diamond Ball celebration when RiRi vowed to one-day give birth to a black child.

Things heated up even more when RiRi took the stage and appeared to have a baby bump.