Following news of his death, everyone from RiRi to West Coast rap veteran Xzibit reflected on Bennington’s life. 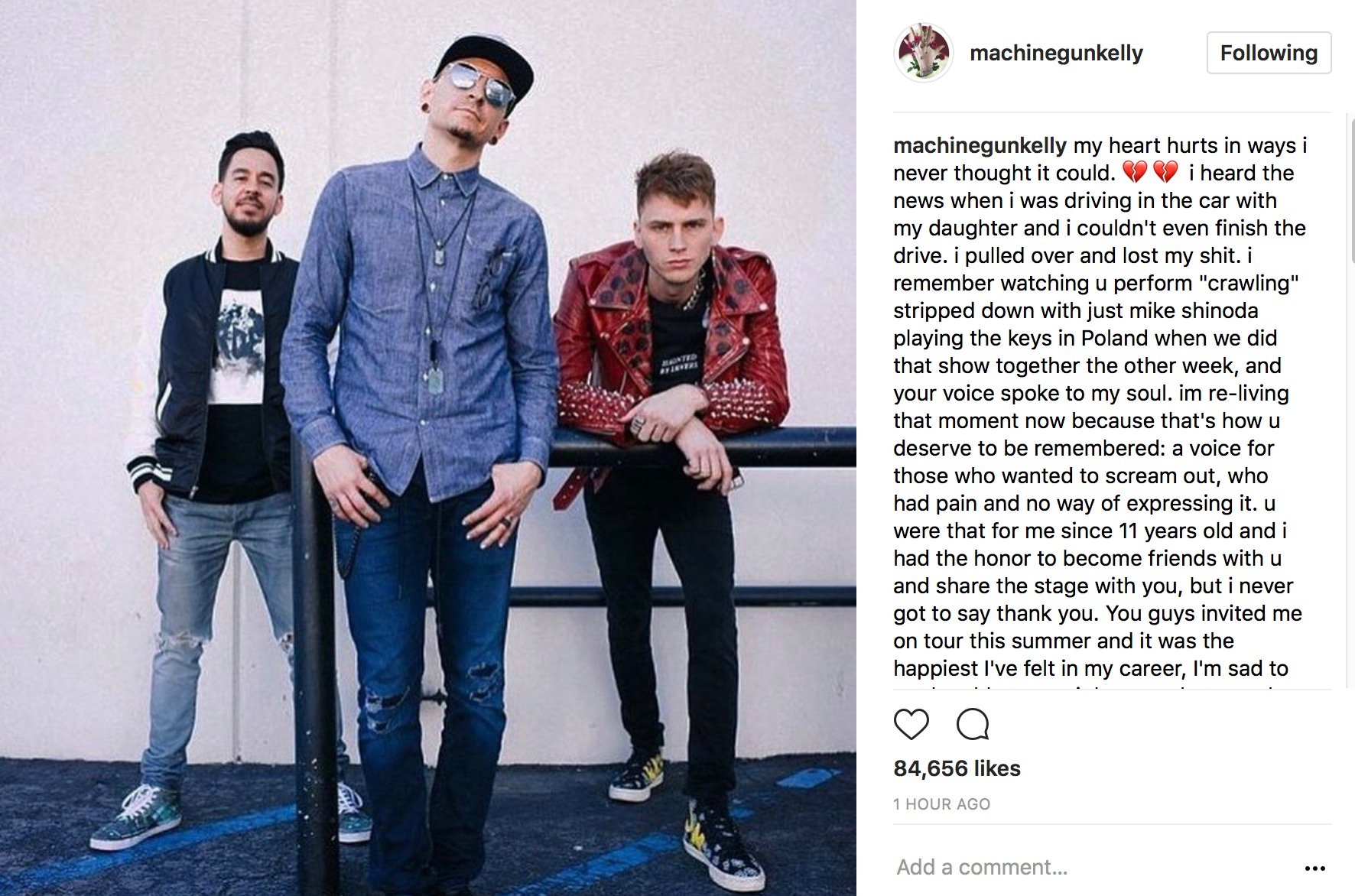 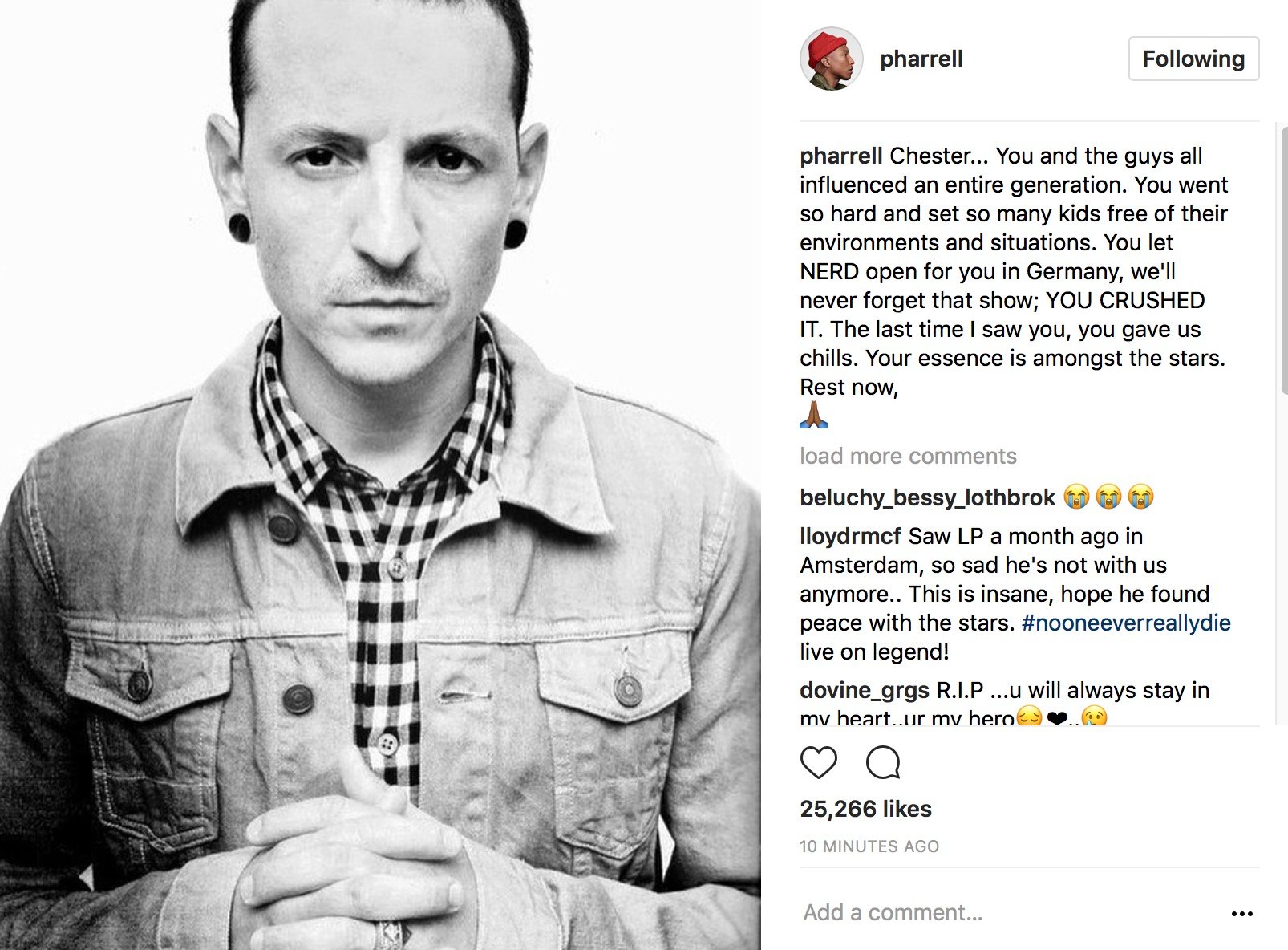 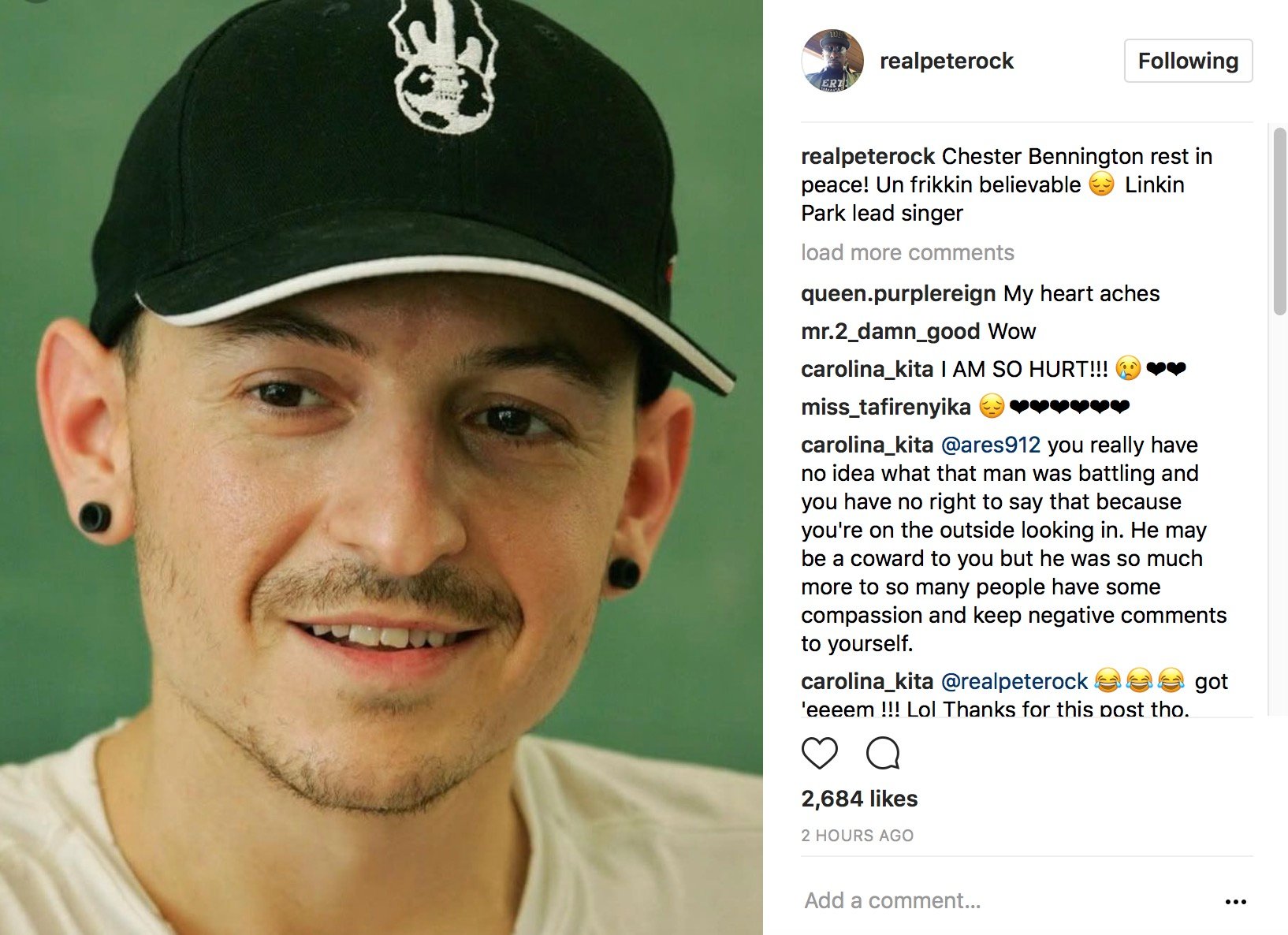 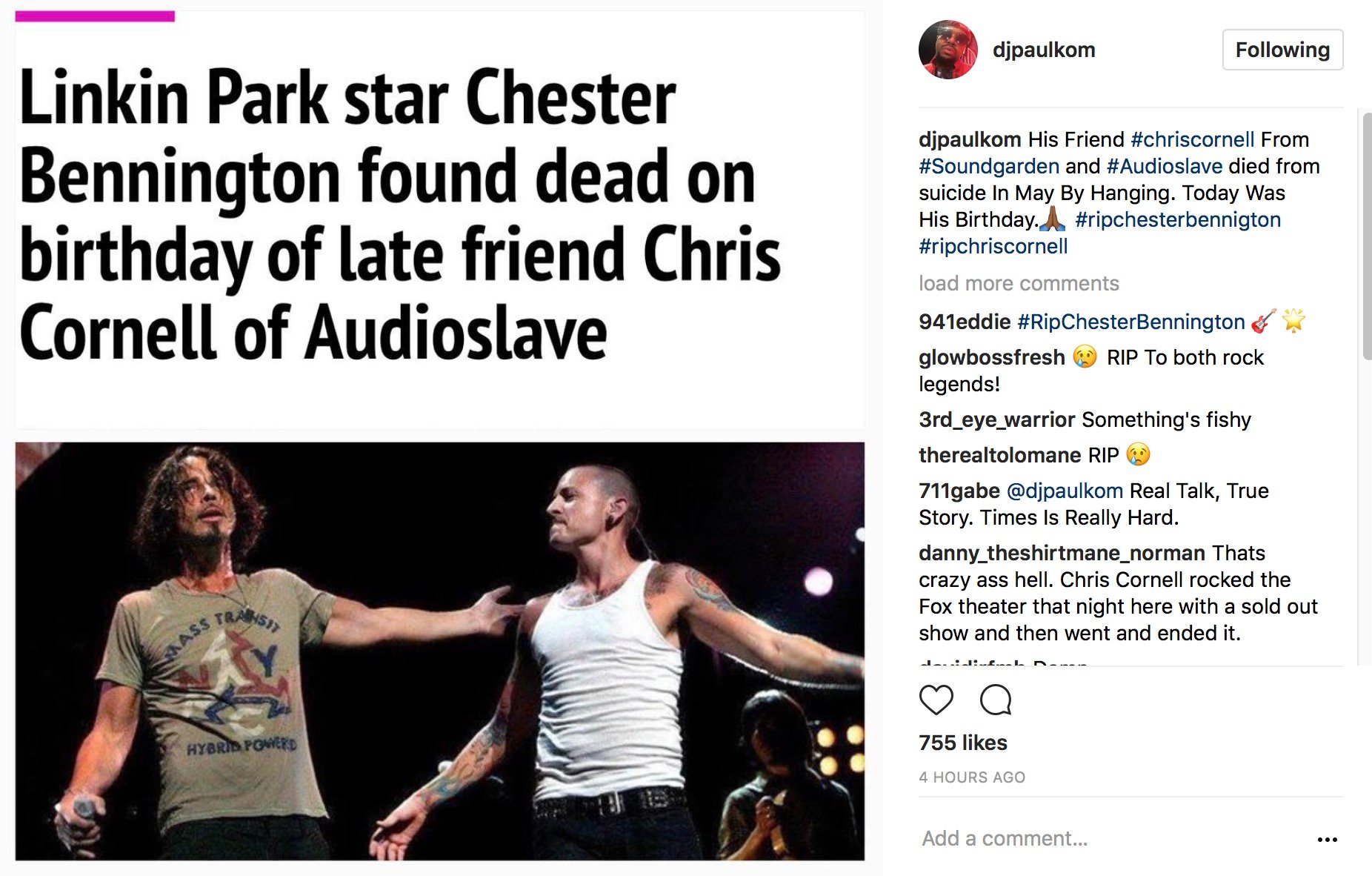 Love my little sisters… Gave me a big hug… Then this happened!!! #chester #LP4EVER

Linkin Park bandmate Mike Shinoda tweeted “shocked and heartbroken, but it’s true. An official statement will come out as soon as we have one.” Bennington struggled with drug and alcohol addictions at various times during his life. He spoke openly about both, as well as about being molested by an older man when he was a child. (Billboard)

Law enforcement sources tell us the singer hanged himself at a private residence in Palos Verdes Estates in L.A. County. His body was discovered Thursday just before 9 AM. Chester was married with 6 children from 2 wives. (TMZ)

Over a decade ago, Linkin Park crossed into the rap game by collaborating with music mogul JAY-Z.

In 2004, Bennington and Linkin Park released the collaborative Collision Course EP with Jay Z. Each of the EP’s six tracks serves as a mashup of two songs, one from each artist. The “Numb/Encore” pairing ultimately won the Grammy for Best Rap/Sung Collaboration. (Complex)