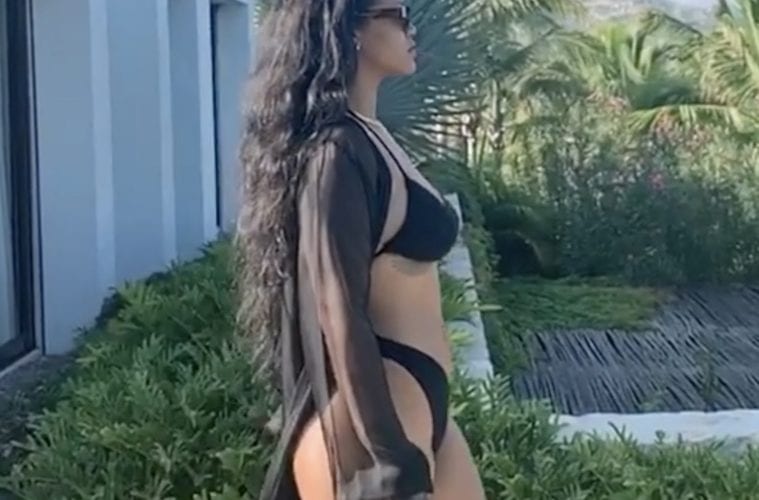 Grammy-winning singer Rihanna is keeping her social media feeds loaded in 2019. The crooner went online this week to share a must-see visual of herself showing off some major lingerie.

Last night, RiRi hit up Instagram with the steamy footage for her 76.2 million followers.

In her new Vogue cover feature, RiRi explained why she didn’t think twice about supporting an organization which punishes NFL players like Colin Kaepernick for kneeling during the national anthem as a response to police brutality.

I ask Rihanna if we can discuss politics. “How deep you wanna get?” she says. “However deep you’re willing to go,” I say. She signals that I may proceed, and I ask if it’s true that she turned down the Super Bowl halftime show in solidarity with Colin Kaepernick. “Absolutely,” she says. “I couldn’t dare do that. For what? Who gains from that? Not my people. I just couldn’t be a sellout. I couldn’t be an enabler. There’s things within that organization that I do not agree with at all, and I was not about to go and be of service to them in any way.” (Vogue)

Last year, buzz developed about RiRi turning down the chance to perform at this past Super Bowl.

In October 2018, it was reported that “Work” singer had “declined” the opportunity to headline Super Bowl LIII scheduled for February 2019. Maroon 5, joined by Travis Scott and Big Boi, ultimately ended up with the spot. “Yes they asked her and yes, she declined,” a source with knowledge of the situation told PEOPLE at the time, adding that the decision was likely made in support of Kaepernick. (People)

RiRi even hit up social media to let fans know she had zip-zero plans in supporting or watching the Super Bowl.