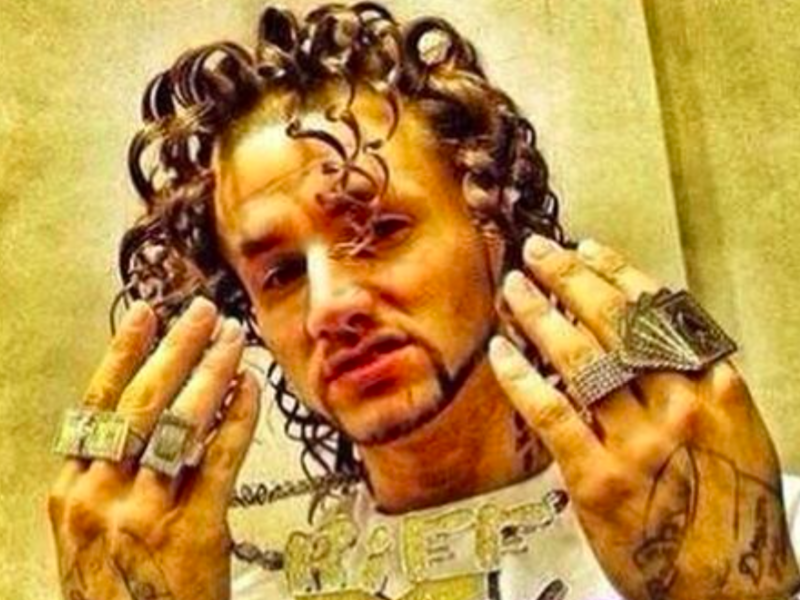 Houston rapper Riff Raff really wants to hit up Washington, DC this week. The rapper is asking fans to help get him support in an effort to perform at President-elect Donald Trump‘s inauguration.

Yesterday (January 15), Riff went to Twitter to plea with followers about the presidential event.

RETWEET & TAG @RealDonaldTrump iF U WANT RiFF RAFF TO PERFORM

AT THE PRESiDENT iNAUGURATiON pic.twitter.com/17BlN19MNe 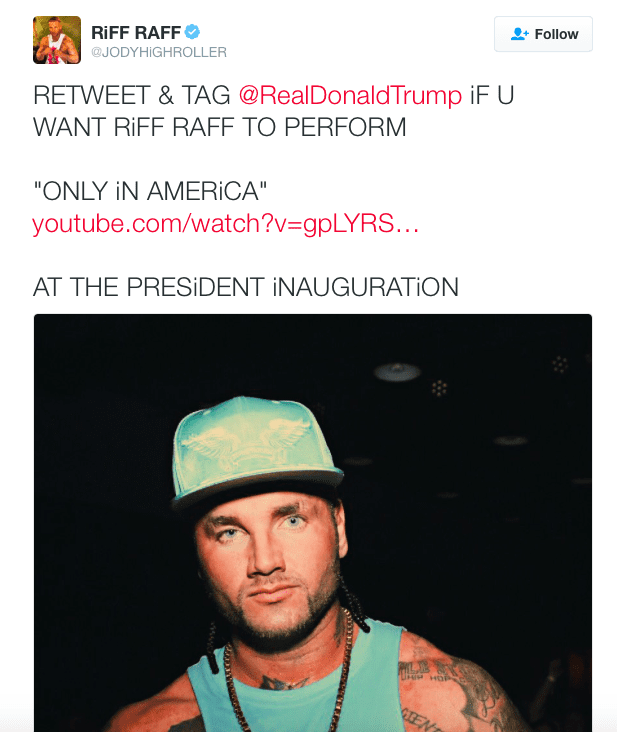 This past weekend, rap star T.I. released a must-read open message to Trump.

“As you transition into your role as the President of the United States, you will undoubtedly be one of the most watched people in the history of the world. So, I can’t help but ask in the midst of our nation’s calamity and discord: What do you want US to see? Maybe I should take the time to share what many of US would like you to see. Should it ever at times seem as though WE are against YOU, I assure you it’s a result of YOU defining yourself as the representative for those who are and who always have been against US. The deck has always been stacked against US in this country. With every generation there has been strategic steps taken to oppress, imprison and control US. All we’ve ever wanted was equality and empathy as the historically disenfranchised citizens that we are, in a nation that we’ve contributed to just as much as anyone else who calls America their home.” (Rolling Stone)

Also over the weekend, rapper YG trolled Trump by saying he’d perform “F*ck Donald Trump” at the inauguration for $4 million.

Sources connected with Inauguration preparations tell TMZ … some performers have either agreed or tentatively agreed to sing at various inaugural balls but in some cases their record labels put their corporate foot down and said “no way.” There’s a second reason why some stars appear to have been headed to D.C. but then pulled the plug. Our sources say they are convinced some of the singers wanted to perform but felt they needed to float a trial balloon to judge public reaction. When they got blow back, they ran for the hills. (TMZ)