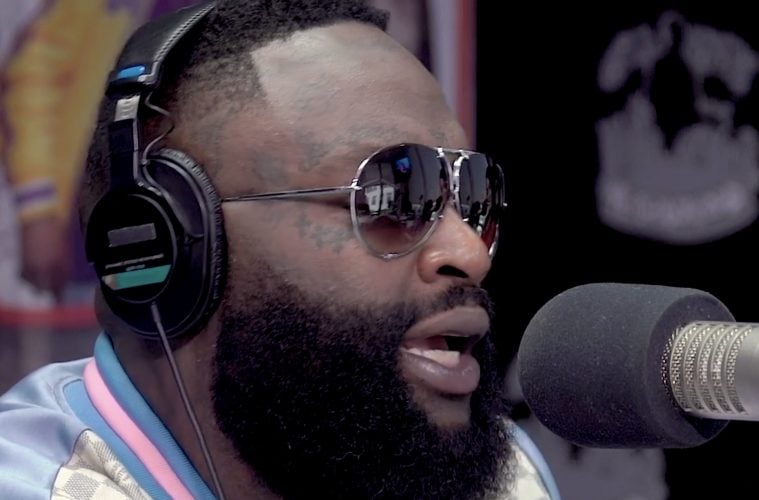 In a new interview, Ross said while he doesn’t have any active beef with Fif, he finds a music collaboration extremely unlikely.

“Honestly, I’m a businessman. If 50 Cent still had value, I may have been done it. But not being funny, homie just ain’t that dude no more. We was riding through L.A. smoking to ‘Hate It or Love It’ yesterday. That sh*t was dope. We was saluting Cool & Dre, that’s Miami who did the production. Game, 50 Cent… That was dope. If he was still making music like that, of course. Drake could hit me, and say, ‘Rozay I got 50 on the record.’ And if he was still dope like he was eight years ago? Rozay will lace that.” (“Big Boy’s Neighborhood”)

50 Cent has since addressed Ross’ comments and questioned Ricky’s own value.

“I don’t know what his value is to music culture at this moment. I never made music with him. I don’t have interest in making music with him. A lot of these guys, even when you make reference to music culture and stuff like that, they’re one-trick ponies, so they’re going to be gone. In hip-hop, they say it’s not what have you done, what have you done for me lately, right? So you could get next to the guys that got momentum and try and survive based on that. But, it’s not a lot going on there.” (Complex)

In 2015, the rapper was sued by Ross’ baby-mama Lastonia Leviston, who claimed Jackson posted a sex tape of her online and was awarded $7 million. The leak was reportedly part of an ongoing beef with Ross — who crowed to Rolling Stone of Fiddy months after the Leviston verdict. (Page Six)