Despite the headline-generating moments, Ricky Rozay said his team would never take their problems to a serious level.

“It came and went. When things have potential to (become) something that’s a problem, then I may get involved. …I know in 10 years, they will be the same executives, if they are no longer artists, giving the next generation the right input. …My job is to make sure they don’t take it (too far) … which will never happen. I put my life on that.” (AP)

“People are too sensitive. People get butt hurt real quick, real easy these days over nothing. Like, “Oh he said this about….” Whatever happened to sticks and stones? I just think people are way too sensitive these days, even when I see the celebrity’s comment creeping over all these type of media outlets. Like for real? You actually took your time out of the day to answer this person that means really nothing in the grand scheme of things in your life? It’s crazy. But you can tell that those people are very sensitive people.” (Billboard)

Meek went off on the Washington, DC native via Instagram earlier this month. 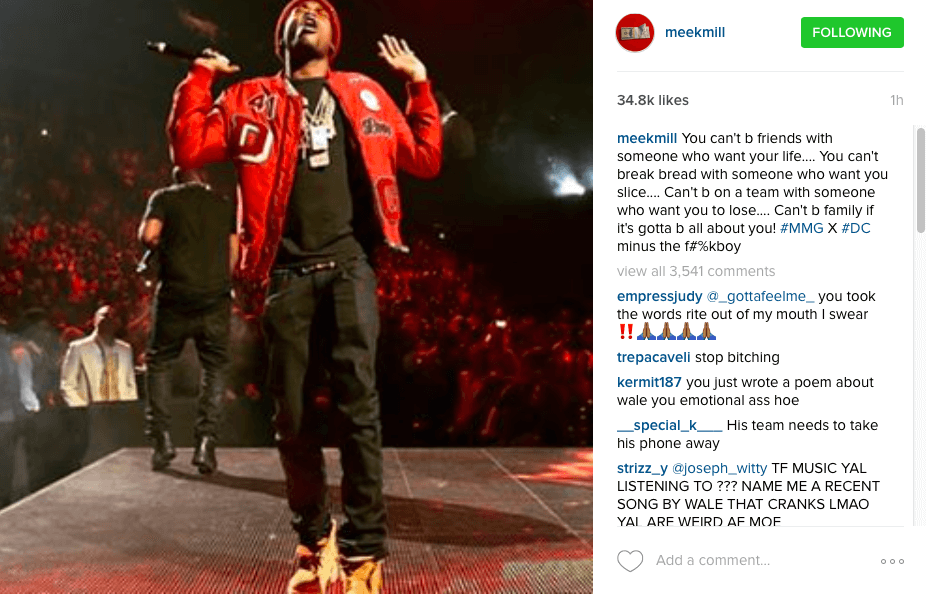 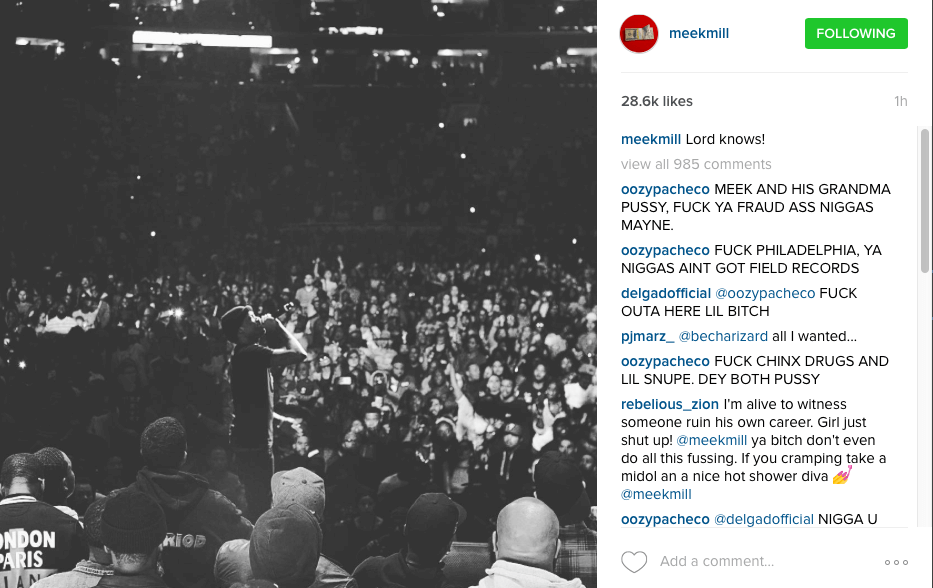 Wale appeared to give Meek a few responses on Twitter after the social media drama went down. 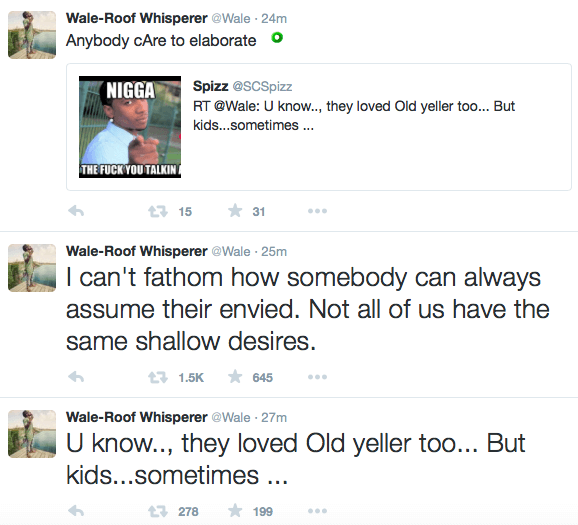 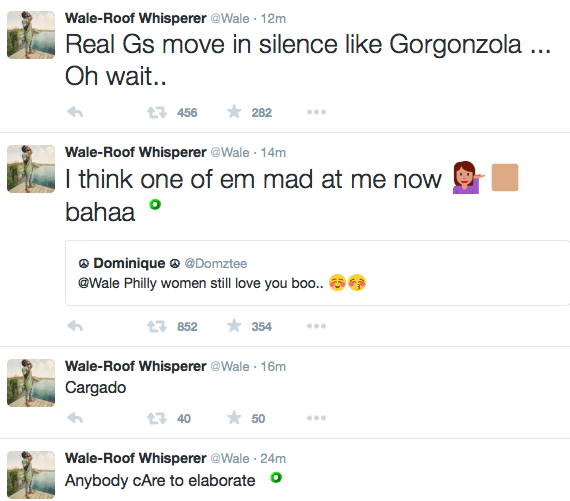 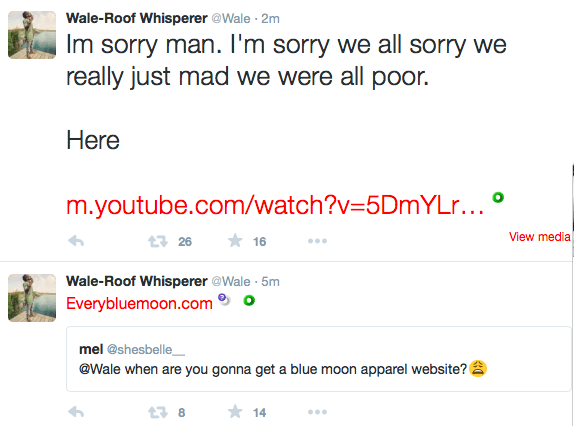